Courage, ambition, and perseverance are just a few words to describe U.S. Army veteran Kennedy Musembi, who at 27 years old has accomplished so much. One of those big accomplishments was graduating with his UF bachelor’s in Microbiology & Cell Science: a degree he wasn’t sure would be possible at the time while he was stationed in another country.

Although Kennedy’s service has taken him across the world, he was determined to continue his studies. All he needed was to find a program that would allow him the flexibility to take his classes in his free time, all from a different time zone. UF Online was the perfect fit for Kennedy, who transferred his credits into UF Online. Fortunately, the ninety-two credits he accumulated before enlisting in the army were all accepted, allowing him to finish with his UF degree in just one year.

Life in the Army

Originally from Nairobi, Kenya, Kennedy has always had a passion for exploring the world. When it came time for him to go to college, he decided to leave his home in Kenya and move to Lancaster, Pennsylvania. There, he attended a local university to study biology. A couple of years after starting college, Kennedy decided it was time to start a new adventure and joined the U.S. Army.

In the army, Kennedy was an eye specialist with a rank of sergeant. Eventually, his time in the army took him overseas to Landstuhl, Germany, where he spent two years. Though Kennedy was very dedicated to his position in the army, he still wanted to finish his bachelor’s degree.

“Since I was stationed there [in Germany], I didn’t really have a lot of options in terms of finding a school nearby where I could complete my credits,” Kennedy said. “The previous school that I attended didn’t have a lot of online classes. So, I was looking for something that would enable me to finish my bachelor’s degree without a very big disruption.” Then, he found UF Online.

As someone dedicated to his studies, Kennedy chose to take two classes a semester while working full-time for the army. “I still had time to travel around Europe while I was taking classes.” Kennedy added, “I really enjoyed the flexibility of the program. It was quite beneficial.”

For Kennedy, the Microbiology and Cell Science program through UF Online exceeded all of his expectations. He was impressed to see that the courses were crafted with online learning in mind. “You can tell that [the professors] had put a lot of effort into getting the classes ready,” Kennedy said. “It was also really nice to know I wasn’t getting an inferior experience. It’s essentially the same experience people taking the classes in-person are getting.”

While the Microbiology and Cell Science program is taught online, prior to the COVID-19 pandemic students were required to participate in a two-week in-person lab on UF’s Gainesville campus. Kennedy was able to schedule his lab bootcamp requirement to fit in with his transition from moving to Germany to Missouri, where he would be stationed next. Instead of flying straight to Missouri, he took some leave and scheduled a flight to Florida.

Kennedy felt that the in-person labs were a rewarding experience. Though the labs are intensive and condensed to offer the same content as campus labs over a short period of time, Kennedy walked away feeling like he learned a lot of impactful information. He also enjoyed coming to the University of Florida campus and meeting the faculty face to face, since he had never been to Gainesville before.

Jonathan Orsini, Kennedy’s UF Microbiology and Cell Science academic advisor, recalls Kennedy stopping by his office to say hello to him while he was on campus for the bootcamp labs. “Although a number of students do come to see me while they are on campus to have questions answered in person, Kennedy was only interested in saying hello and getting to know me better,” Jonathan said. He remembers Kennedy always being on top of his course plans and excited about the curriculum. “I think he is a great example of why the online microbiology program is so successful and essential.”

After UF: New employment and on to Graduate School

Right around the time Kennedy’s contract with the army ended, he was finishing his last semester of classes at the University of Florida. There were many changes at once, but Kennedy’s degree and lab experience landed him a job at Brewer Science right in Missouri where he was living. Brewer Science develops and manufactures materials and processes for the fabrication of semiconductors and microelectric devices.

While Kennedy wasn’t working directly with microorganisms as he was during his studies, he was using the same skills to make other observations. “For instance, when it comes to microscopy skills, I wasn’t using them to look at microorganisms, but using it to look for defects on silicon wafers on a microscopic scale,” Kennedy said.

Although Kennedy is passionate about science, he is working to expand his studies by pursuing a master’s degree in Computer Science from Northeastern University in Boston, Massachusetts. Kennedy says that after receiving his master’s degree, he may also revisit the idea of attending medical school.

“With my background in Microbiology and Cell Science, I hope to combine that with something like artificial intelligence or machine learning, and maybe data sciences.” Kennedy hopes he can help with research in the medical field using his combined knowledge.

Advice to other Military Students

Kennedy’s advice to military students interested in starting or continuing their studies online is to look at all the advantages. “The fact that the programs at the University of Florida are available online--you have a lot of flexibility.” Kennedy continues to say that “it’s a quality education, not just something that’s put together to say they are offering something that’s online.”

Kennedy’s future looks bright, and he says he’s thankful for the opportunities UF Online’s program allowed him to have while still in service. He credits his bachelor’s degree for helping him get a job after the army as well as getting into graduate school.

“The University of Florida definitely exceeded my expectations,” Kennedy said. “I really did feel that I was getting an Ivy League education. The quality was really amazing.” 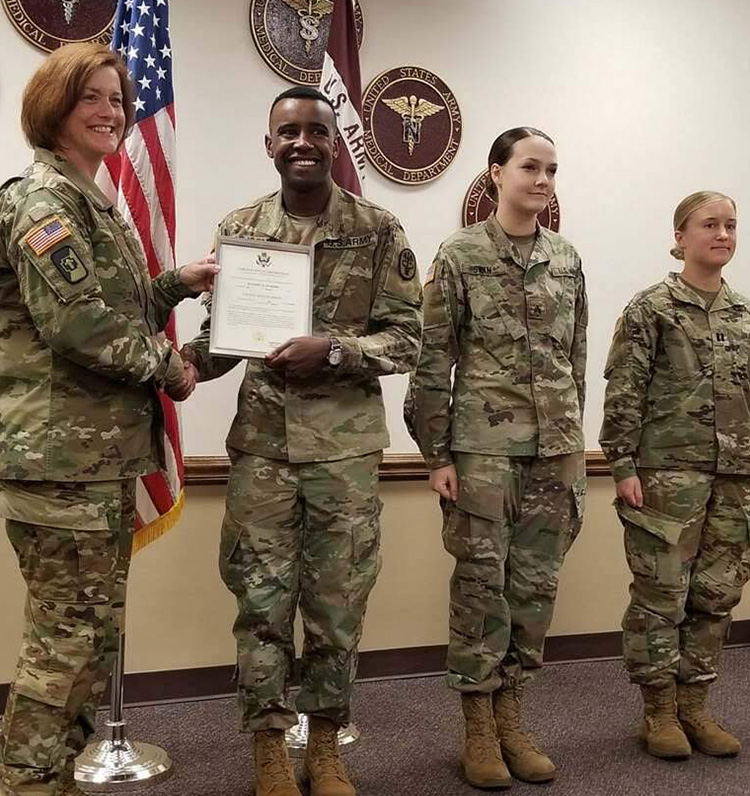 Kennedy recieved the rank of SGT at his military promotion cermemony. 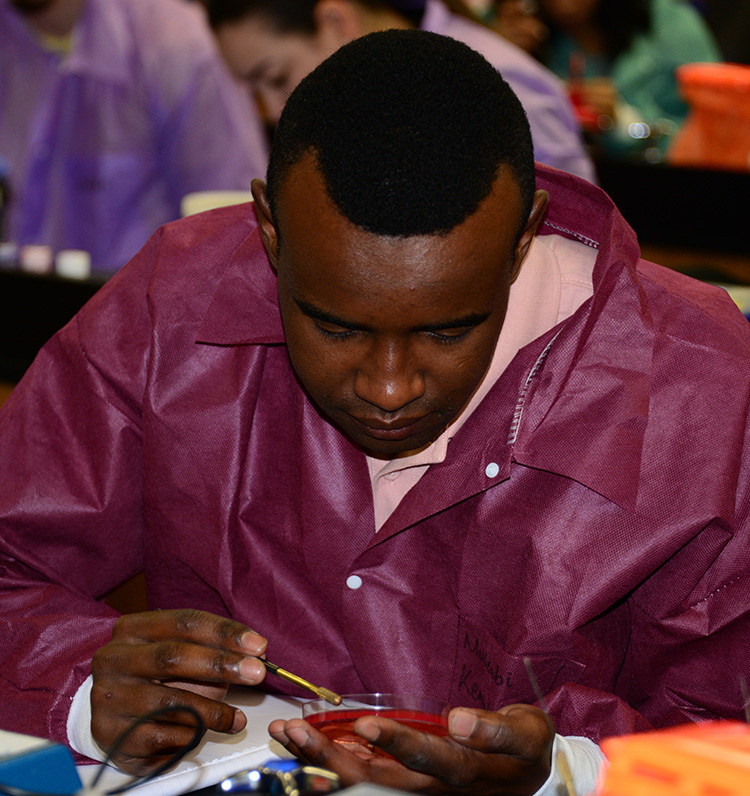 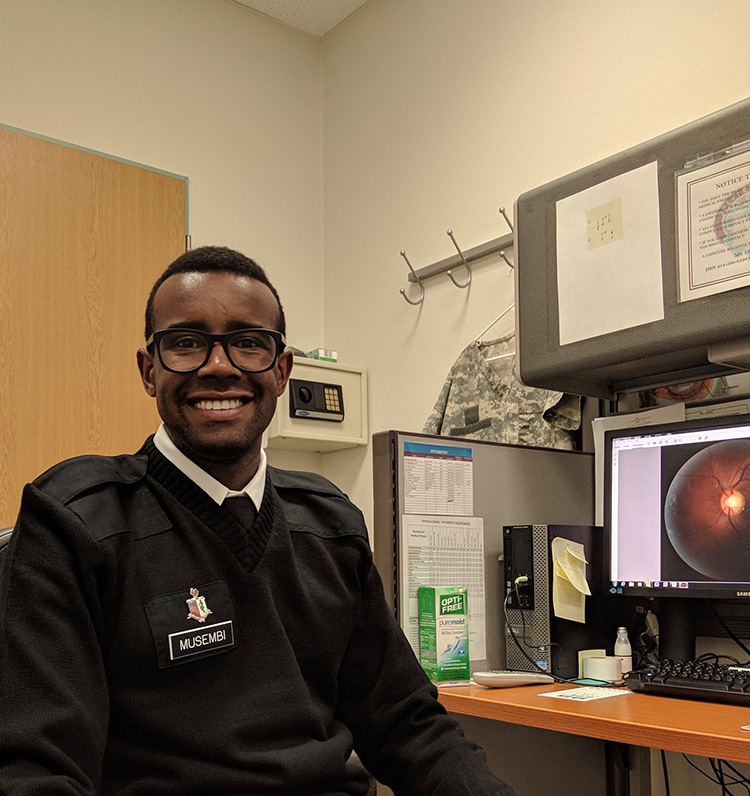 Kennedy on the job at the U.S. Army base in Landstuhl, Germany. 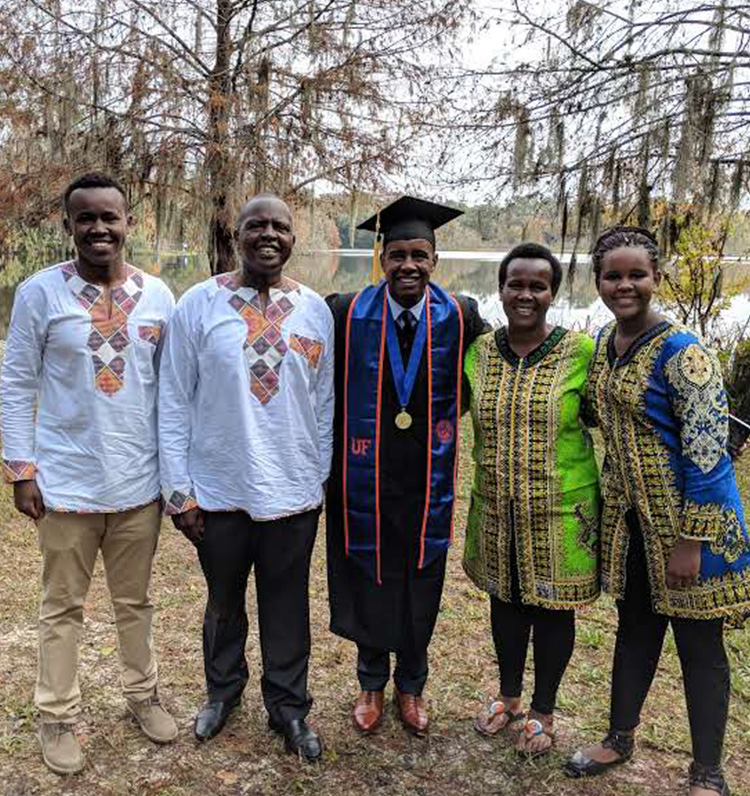 Kennedy poses with his family at the UF graduation ceremony in Gainesville, FL. 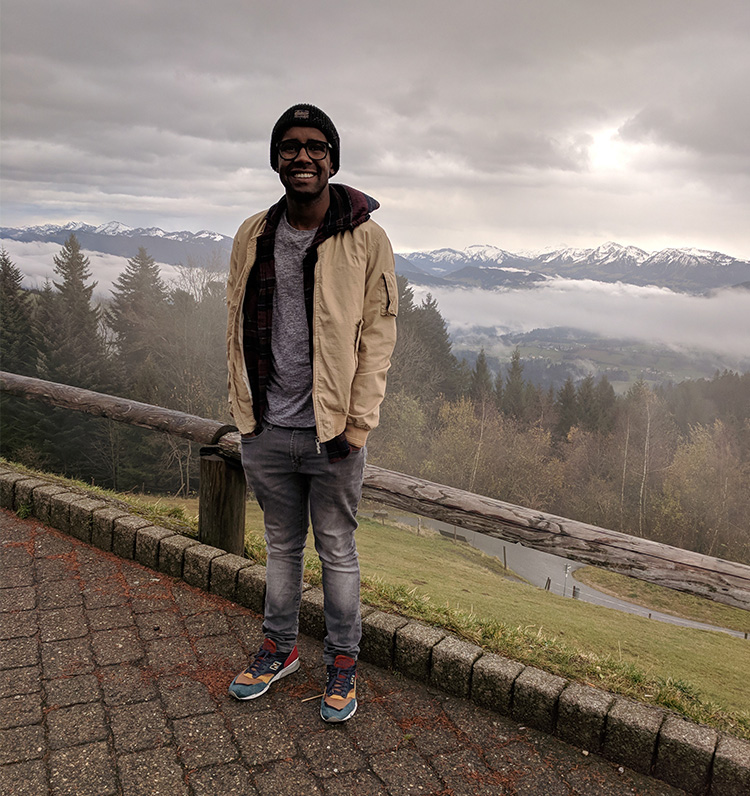 Kennedy poses for a photo while traveling in Lochau, Austria. 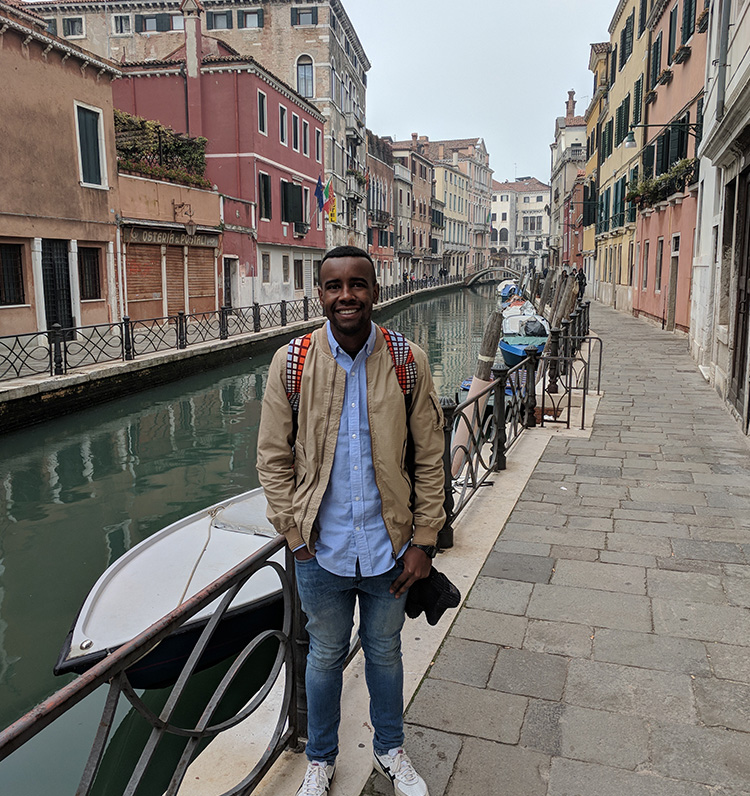 While in Europe, Kennedy traveled to Venice, Italy.

With its combination of engaging online courses and lab experience, the UF Microbiology and Cell Science major offered by the College of Agricultural and Life Science via UF Online prepares students for a variety of careers in the sciences, including medical professions. Courses include topics such as molecular genetics, cell biology, virology, immunology, and more. Discover what our Microbiology and Cell Science major can do for you by visiting the UF Online degrees page .