While serving 11 years as an aircraft mechanic at MacDill Air Force Base in Tampa, Florida, 30-year-old Pommary Kem wanted a head start on her next chapter. As a first-generation American from a Cambodian family, she decided to enroll in UF Online’s environmental management program to pursue her dream of building homes in third-world countries. After recently moving to Alaska and currently on track to graduate in 2024, UF Online is preparing Pommary for her career after the Air Force.

Originally from California, Pommary moved around a lot before her path led her to the state of Florida. “I ended up joining the military, the Air Force, and it brought me to Tampa,” she said. Pommary received an associate’s degree in aviation maintenance from the Air Force, but she wanted to earn a bachelor’s degree in something she was deeply passionate about. “My original idea was to do architecture and engineering.” After researching various schools, none stood out to her until she stumbled across UF Online.

“When I was researching all these schools, the University of Florida kept showing up as one of the top online programs,” Pommary explained. “I found the environmental management program and I thought I could use that to do what I want to do to help build communities.”

“I wanted to do something I was passionate about and it was really hard to find that the first few years in the military,” she said. “It took me a while to decide to go to school.” She soon realized she wanted to devote her career to building homes in third-world countries for communities in need. “I’m a first-generation American and these are the places my parents have come from and I want other people to have that kind of life too.”

STUDYING WHILE SERVING IN FLORIDA

Like many service members studying at UF Online, Pommary had the difficult task of balancing her coursework and military obligations. “I think it requires a lot of time management and discipline. My shifts do change quite often, sometimes I’m working nights. I definitely have a plan every day of what I have to do,” Pommary said. “I used to keep all my notes on my phone but I have three calendars now. It helps.”

“There was a point in time where I was traveling nonstop. I would get home and unpack and pack three days later to leave again,” Pommary said. “That’s a great thing about the online program. If I move, I can still take it.”

Pommary praised her dedicated academic advisors, who played a vital role in helping her manage her busy work and class schedules. “I love my advisors. They have been so accommodating and knowledgeable and patient with me and with the Air Force,” Pommary said. “There’s a lot of extra paperwork that goes into taking classes through a university that the Air Force needs and they’ll get it as fast as they can.”

Pommary enjoys the flexibility and accessibility of her online classes, which provide an engaging learning environment from afar. She particularly enjoyed her online soil and conservation course with Dr. Susan Curry. “There were a lot of projects that we did and because we’re online, there is so much diversity in the projects,” Pommary explained. “Not everyone finds the same species or has the same type of soil or lives near the same lake doing the same tests. I really enjoyed that a lot.”

PREPARING FOR CIVILIAN LIFE AFTER THE AIR FORCE

Pommary loves her current job as an aircraft mechanic and plans to carry out her military career for the next 10 years before transitioning to civilian work. “My plan is to retire after I’ve completed 20 years with the Air Force,” Pommary said. She believes it’s important to plan for the next stage of your life and embrace change. “I like to push [my colleagues] to go to school because it looks good on a resume and the military isn’t going to be there forever.”

“The environmental program is what I actually want to do after I retire from the military,” Pommary said. “After I retire, I want to use my degree to help build communities in third-world countries.”

“When it comes to the military, there are always stipulations that you should go to school. Don’t do it just because they say you should do it,” Pommary advised fellow service members considering higher education. “Pursue a degree that lends to a career that you know you’re passionate about and something you know you’re going to love because learning about a career you love is what will motivate you to keep going to school and actually enjoy it!”

The University of Florida thanks Pommary for her continued service in the United States Air Force while pursuing her bachelor’s degree in environmental management. The Gator Nation wishes Pommary success and happiness as she works toward her dreams. 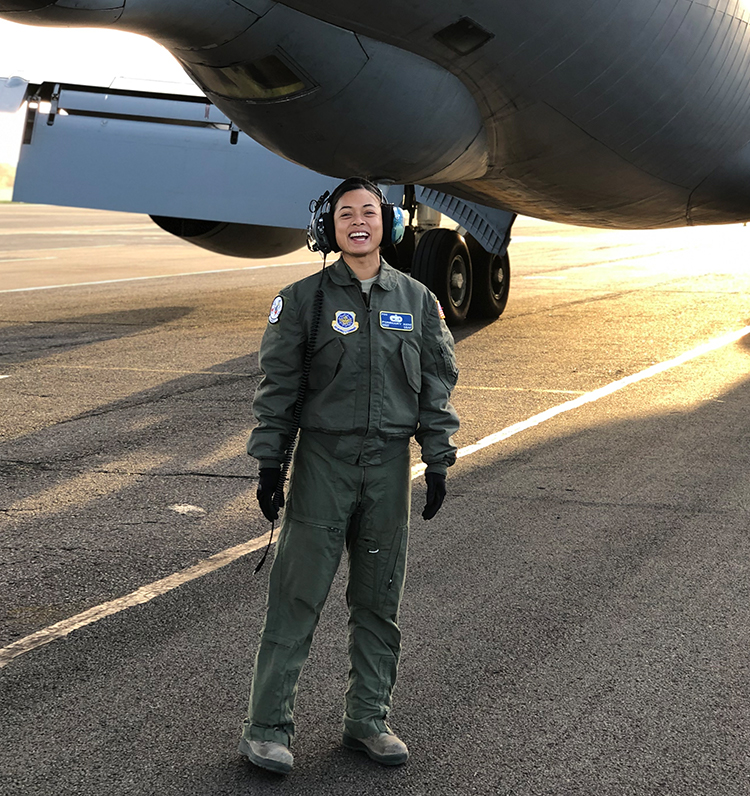 Pommary on the job as a flying crew chief, launching an aircraft. 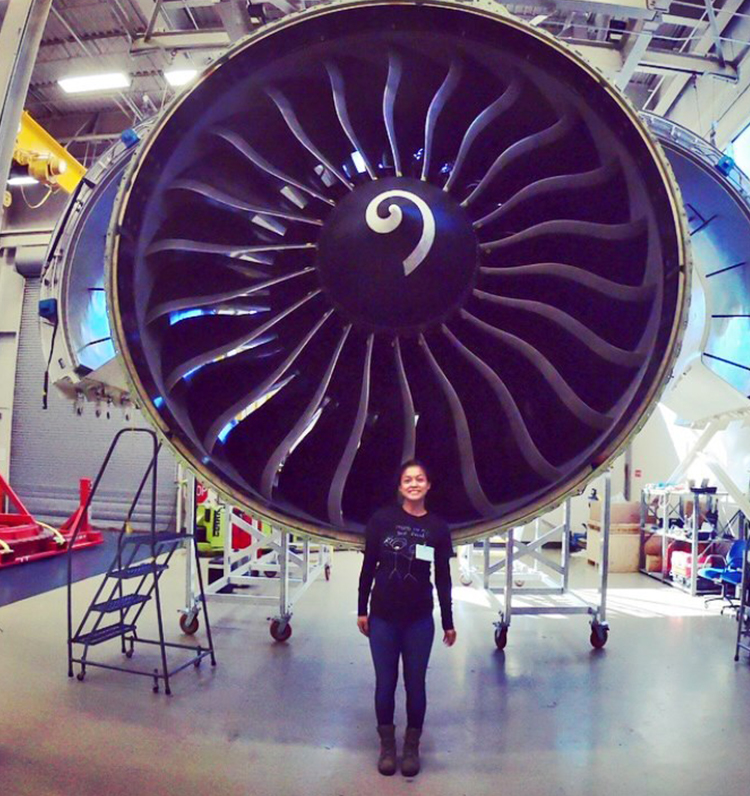 Pommary in a GE Aviation course. 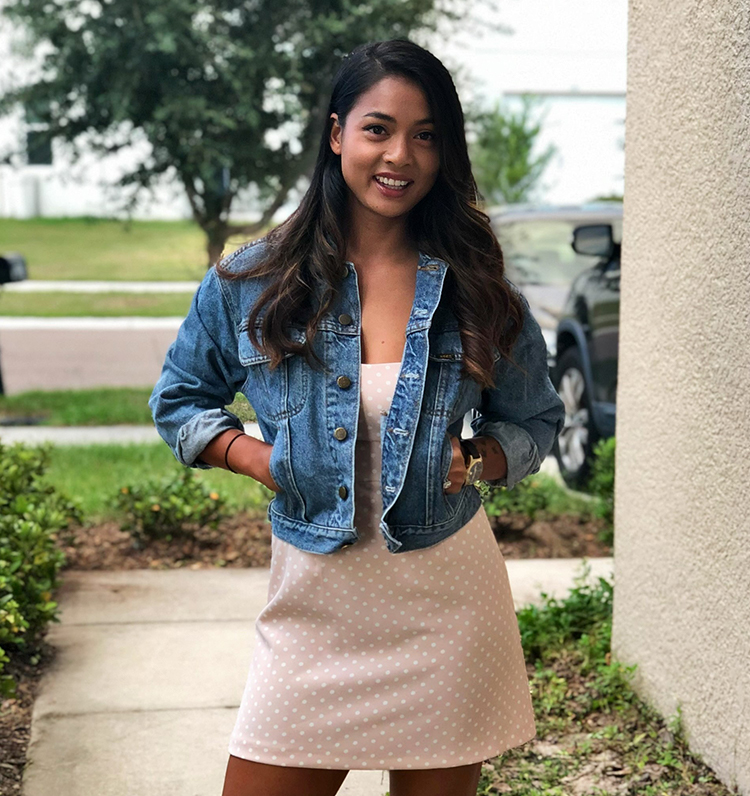 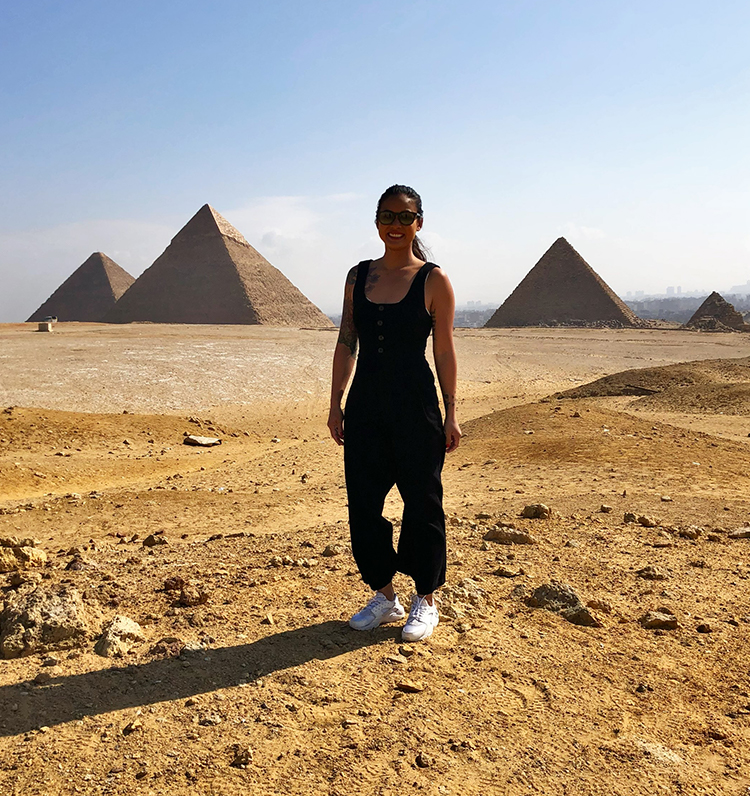 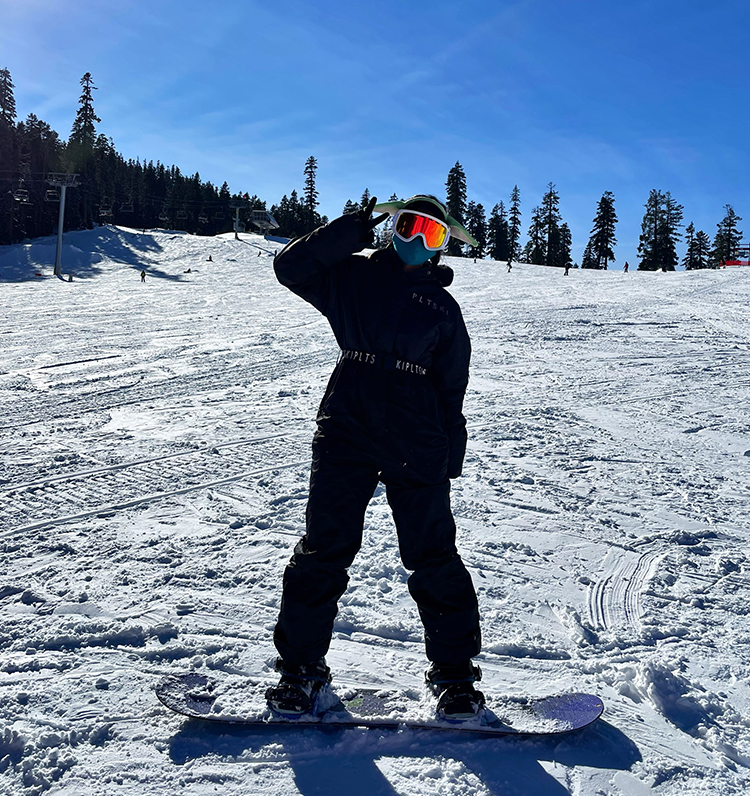 Pommary on a snowboarding trip.

With an online environmental management degree, you can make an impact on the well-being and health of our planet and its people. Learn from UF faculty in the College of Agricultural and Life Sciences and begin shaping a sustainable future. Ranked the No. 1 online undergraduate program in the nation by U.S. News and World Report, UF Online offers 25 majors across a variety of disciplines, seven minors, and dedicated academic advisors to help students design their own academic pathway. To learn more about UF Online’s environmental management program, visit the degree page or attend an upcoming virtual information session to learn more.