UF Online
GAINESVILLE, Fla. – Phong Truong was born in a poor fishing village in Vietnam. His father had a 9th grade education and worked as a tailor while his mother, a seamstress, had a 6th grade education. When Truong was 2 years old, his family moved to the United States in search of better economic opportunity.

“My parents wanted the American dream, to find opportunity, to climb that ladder,” Truong said. 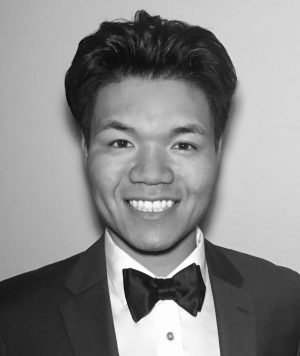 Now, almost 20 years later, Truong, 21, is graduating with a UF bachelor’s degree in microbiology and cell science after starting at UF through the Pathway to Campus Enrollment (PaCE) hybrid undergraduate program as a first generation college student. On May 4, he will be honored for his academic achievements as a UF Four-Year Outstanding Scholar at the College of Agricultural and Life Sciences’ student recognition ceremony, where he will have a seat on stage alongside award recipients. But it took a lot to get to this point.

“My parents knew that education is the pathway to the middle class,” Truong said. “But they didn’t know the educational system in America or what makes a good applicant, so I didn’t have much guidance.”

While Truong’s family owned a nail salon in Daytona Beach after moving to America, they still struggled financially, Truong said. He felt that with his family’s low socioeconomic status, he was not able to showcase his true potential in his high school activities because he didn’t have the same opportunities. Truong participated in football and competitive weight training throughout his time in high school, but he said he did not maximize his academic experiences on his resume.

When college came around, Truong was accepted into the first cohort of the PaCE program, starting his UF courses first online and then transitioned to UF’s residential campus for his junior and senior years. Truong was not sure what to expect from something that was so new at the time. But with encouragement from his older sister, who graduated from UF, Truong accepted his UF offer and began his online classes.

As a college freshman, Truong considered studying construction management. He had friends whose parents could offer him a job in that field right out of college with a stable salary. He thought of the financial struggles his family had endured in the past and knew that this would be a great way to ensure a steady income for his future.

However, Truong was drawn to microbiology and cell science instead, another passion of his that was reaffirmed while he pursued hands-on research experience. During his sophomore year as a PaCE student, he worked in an Alzheimer’s disease research lab. Truong appreciated that enrichment opportunities such as these were available to him, even as an online student. Under the guidance of UF graduate students, he found the mentorship and the role models he needed to make important career decisions.

“PaCE is a good pipeline program to help students like me reach whatever heights they aspire to,” Truong said. “Having an environment conducive of my academic and personal goals was a turning point. It led me to pursue medicine from a research perspective and gave me direction.”

In addition to taking online classes at UF in his first two years of PaCE, Truong continued nurturing his passion for science by taking biology and chemistry classes as a transient student at Santa Fe College. As a UF Online student, he was able to develop a schedule that fit his needs, completing courses on his own time and working closely with his advisor to reach his academic goals.

“UF is your oyster,” Truong said. “It’s up to you to take advantage of your opportunities to succeed personally and academically.”

Truong applied to be a Four Year Outstanding Scholar as a way to bring more meaning into all the work he accomplished during his four years in college. The award application took into account his statement of purpose, thesis, GPA and academic achievements. Eleven students were selected as Four-Year Outstanding Scholars and Leaders from 6,000 graduates for the Spring 2019 graduation.

“I wanted to culminate my years of experiences into something more meaningful with this award,” Truong said. “My four-year journey has led to this point. It holds a lot of weight.”

After graduating, Truong will spend two years doing research as a part of the Johns Hopkins Doctoral Diversity Program, which supports and prepares low-income scholars for future careers as physicians or biomedical research professionals. He plans to apply to medical school afterward to combine his passion for global public health, medicine and public policy.

“I’m tremendously proud of who I’ve become,” Truong said. “Being a Gator and being part of one of the most elite colleges in the nation has given me identity.”

With an online microbiology & cell science degree , you can explore your passion for life on all scales. Join the Microbiology and Cell Science Department, one of the largest microbiology departments in the country, as you develop research and analytical skills that will place you at the center of significant biological studies.

Ranked among the top 5 online undergraduate programs in the nation by U.S. News and World Report, UF Online offers 20 majors across a variety of disciplines, seven minors, and dedicated academic advisors to help students design their own academic pathway. Degree programs are continually being added. Visit our Degrees page to learn more about our degrees. Apply now and start your journey to graduation.