Bringing a strong work ethic and a keen attention to detail to every task are two values Eric Struble learned from his father. As a cabinetmaker, Eric’s father made sure to apply both to his craft, and Eric now applies them to every aspect of his own life as well. As a father, a husband, a University of Florida student and now graduate, Eric models these same values and skills for his own children each and every day.

Combining work, school, and family life was no small feat, but with hard work, Eric has triumphed. In 2021, Eric earned his UF Bachelor of Science in Fire & Emergency Services (FES) at 41 years old and is the first in his family to earn a bachelor’s degree. Earning his UF degree while serving as a Lieutenant for the Jacksonville Fire and Rescue Department, a Navy Reservist, and a Federal Resources instructor, Eric continues to inspire others with his work ethic and follow through, all while being the best father and spouse he can be.

Even more inspiring is the fortitude and determination that fueled Eric along the way, defying a conventional journey to college, then work, but forging his own fantastic path to success.

CHOOSING HIS OWN PATH TO THE UNIVERSITY OF FLORIDA

Growing up in the small town of Okeechobee, Florida, Eric remembers how hard his family worked to make ends meet. After high school, Eric decided to serve the Navy since going to college was not financially feasible for his family.

During this time, Eric met his future wife and was soon a father himself. After seven years of active duty, he knew he wanted to spend more time at home to be with his wife and daughter, so he started exploring careers that would interest him and enable him to remain closer to home after leaving the military. While in the Navy, Eric gained a lot of fire experience, and had great interest in becoming a firefighter.

“I kind of did everything backward compared to most people,” Eric said. “I had a kid and then I got married. I got a career path and then went to college.”

Although Eric built a great career in the fire service, he still had educational goals that he wanted to accomplish. Eric started by attending the Florida State College of Jacksonville, earning his Associate of Science (A.S.) degree with the plan of continuing on to his bachelor’s degree. Being so busy, Eric needed an online bachelor’s program that would give him an unparalleled and highly-ranked education. When Eric came across UF Online’s Fire & Emergency Services (FES) program, he knew this was the next step in his journey.

After his application was accepted at the University of Florida, Eric was eager to dive into his UF Online courses. While earning his degree didn’t happen overnight, the journey to achieving it was more than rewarding. Through the online FES program, Eric met a number of UF College of Design, Construction, and Planning faculty members and classmates that made his courses even more memorable and engaging.

“I met some really good people through the program. People I text with and continue to keep in contact with.” Eric continued, “I’ve made connections with students in places like Miami and found out they have a lot in common with me, such as being driven and having the same mindset.”

One of the aspects Eric appreciates most about UF Online’s FES program is that his professors made the courses very interactive, which allowed him not only to build relationships with classmates, but also the professors themselves. “I found it encouraging that the professors put in a real effort to push us to do our best,” Eric mentioned.

As a father himself, Keith was inspired by Eric’s determination and personal drive. Keith is thankful that programs like UF Online exist for student parents like Eric so they don’t have to choose between their child’s baseball game or driving to a night class. Keith went on to say, “It is a pleasure of mine to work with students like Eric who balance many demands while remaining dedicated to their success in our rigorous program. Eric was an exceptional student, and his story inspires me and encourages many others.”

SERVING AS AN INSPIRATION TO HIS FAMILY AND COLLEAGUES

At the end of the day, the most important thing to Eric is his family. Now, as a Gator graduate, Eric shares his advice to parents like him who want to finish their degree. His most important tip is having an excellent support system and managing time well.

“I’m still a father at the end of the day, and my wife does help me out a lot. My wife would cook dinner, and I would help the kids get ready for bed. There were many late nights that I was sitting there doing school work after they went to bed.” Eric emphasized, “just like anything, when you make a commitment, you have to stick with it. You just have to make managing your time a priority.”

Eric mentions that there were times when he would have to step away from a gathering with friends or family to complete an assignment, but his loved ones were always supportive. Standing as an example to his children is most rewarding. Eric’s oldest daughter also has ambitions to attend UF after graduating high school and understands the hard work it takes to be a Gator grad.

Today and always, we celebrate student parents like Eric who balance multiple careers, life challenges, and continue supporting their families while working towards a degree. The work ethic and attention to detail that Eric learned from his father continues to push him towards his goals. We celebrate Eric’s accomplishments and are proud to see him continuing to set an example for other student parents. Happy Father’s day, Eric, and to all Gator Dads! 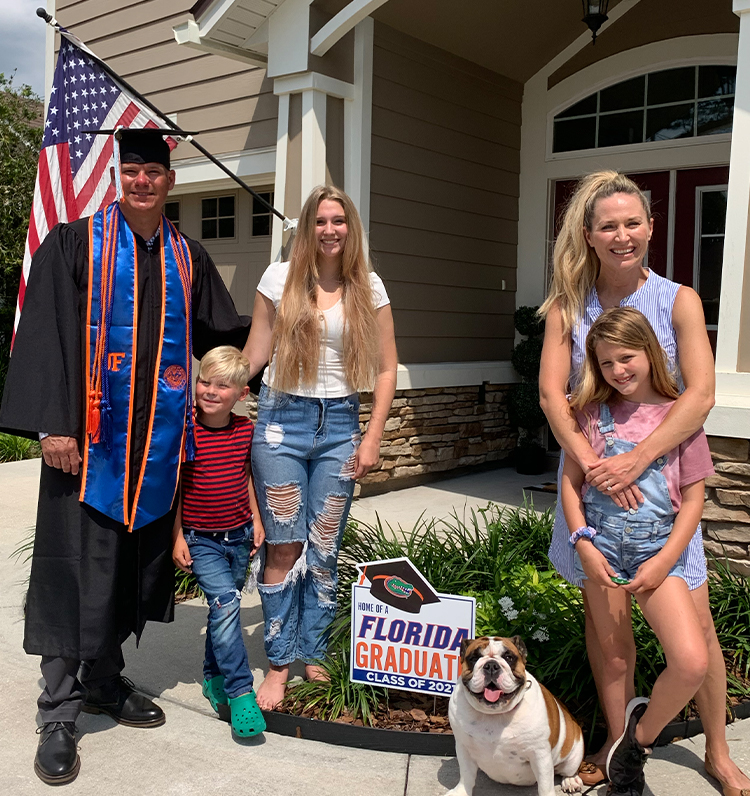 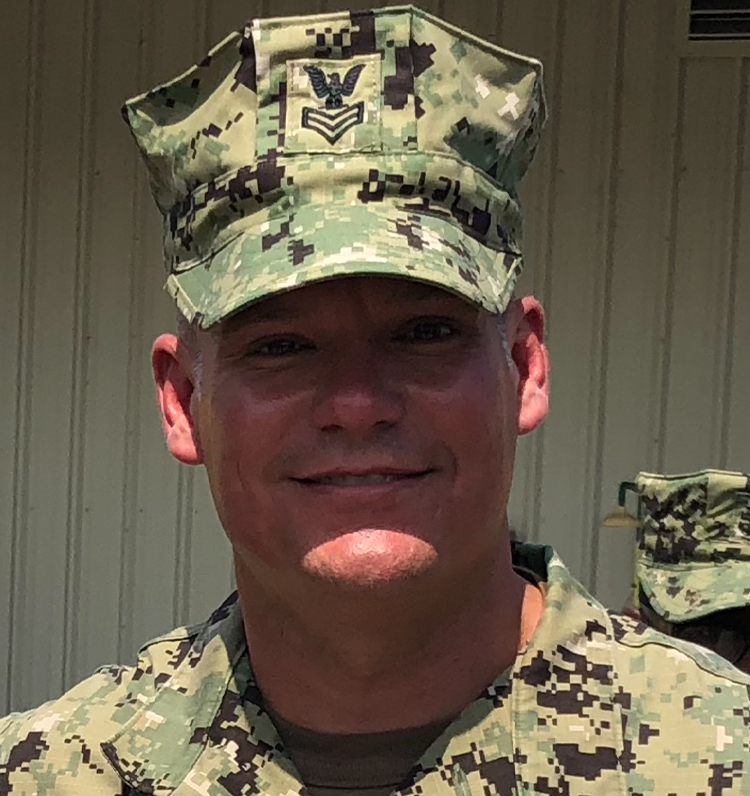 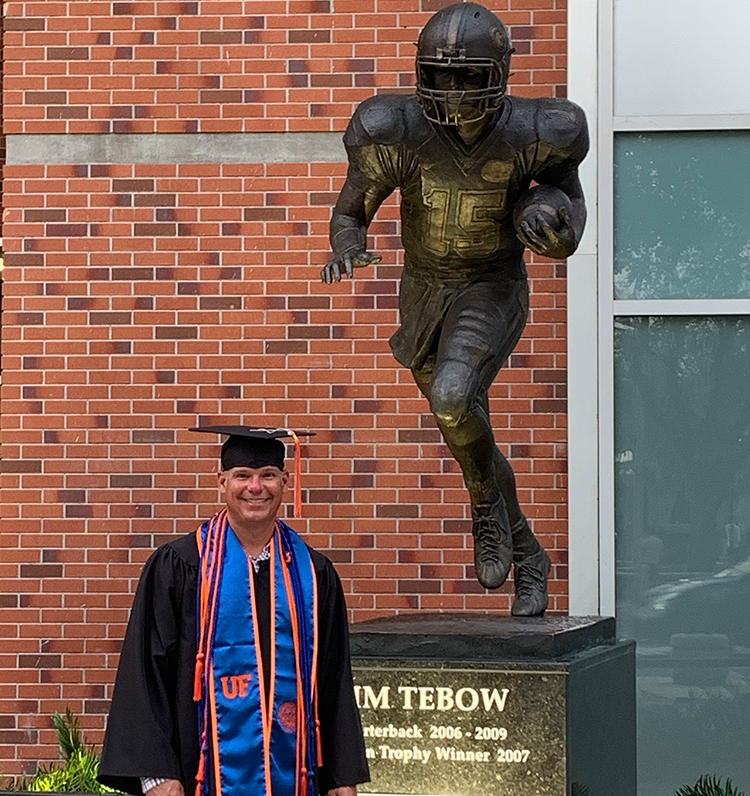 Eric snaps a photo next to the Heisman Tim Tebow statue in front of Ben Hill Griffin stadium. 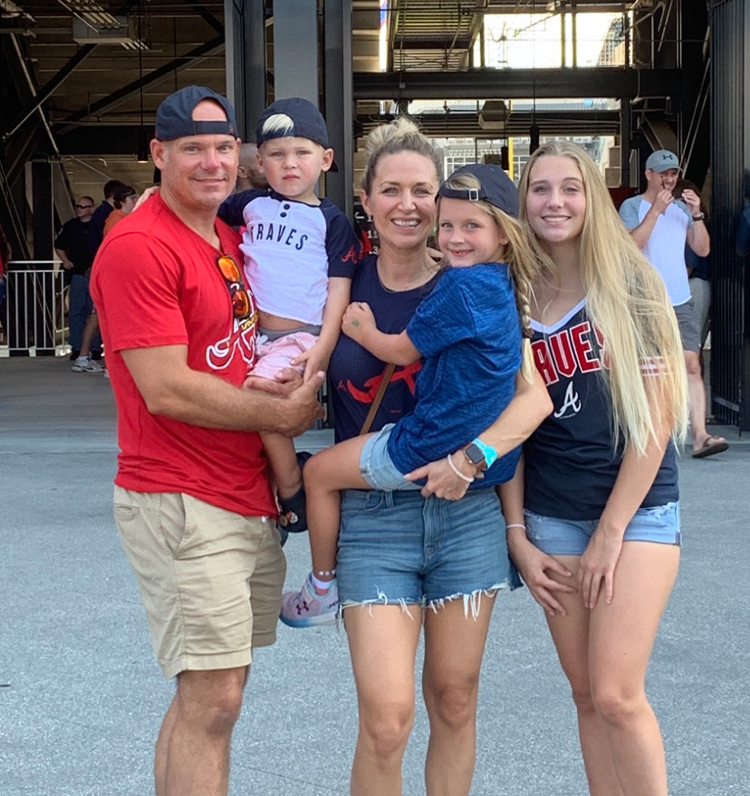 The Struble family at an Atlanta Braves baseball game. 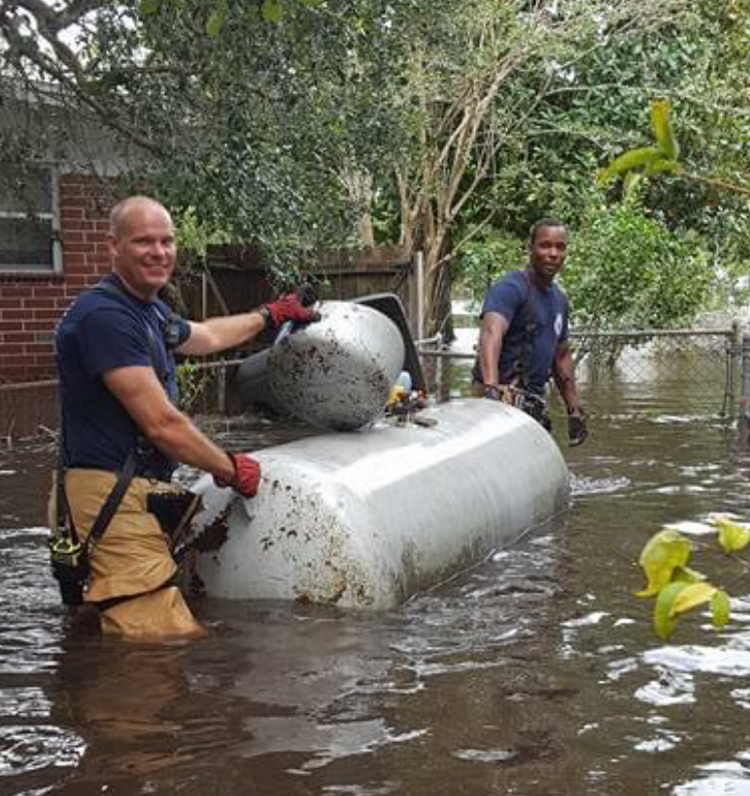 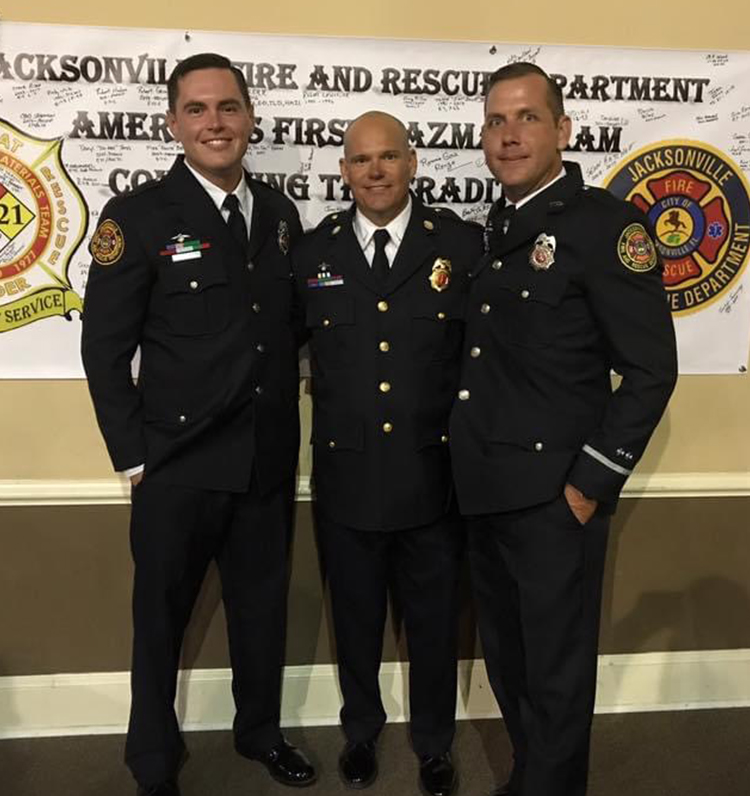 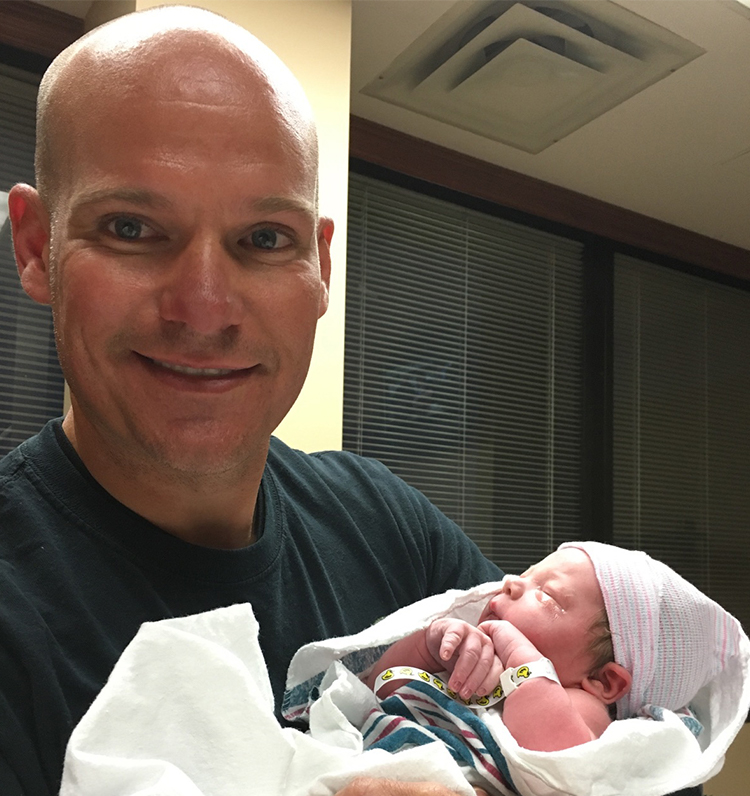 Eric and his son Easton as a newborn. 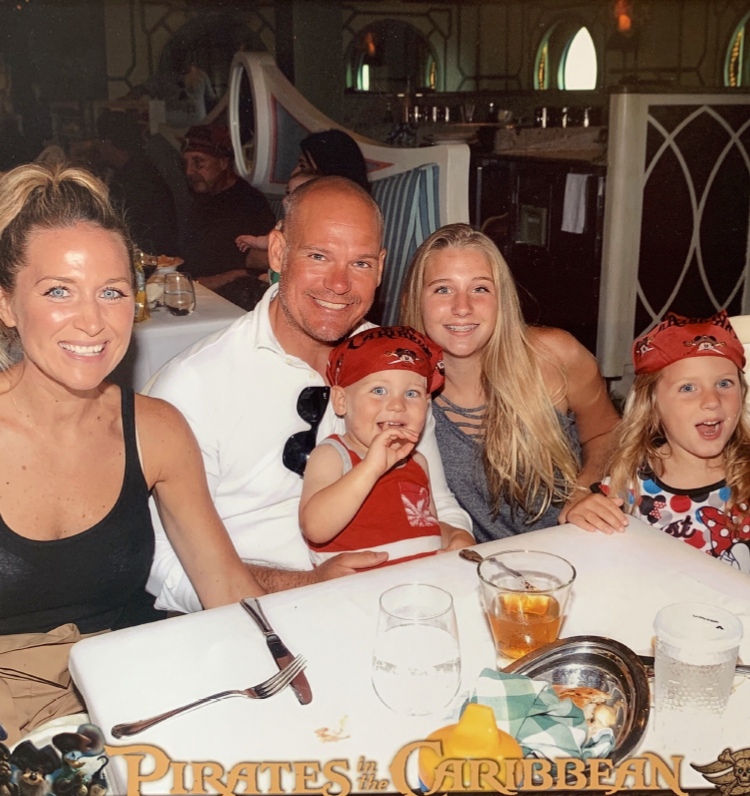 The Struble family at a Pirates of the Caribbean dinner. 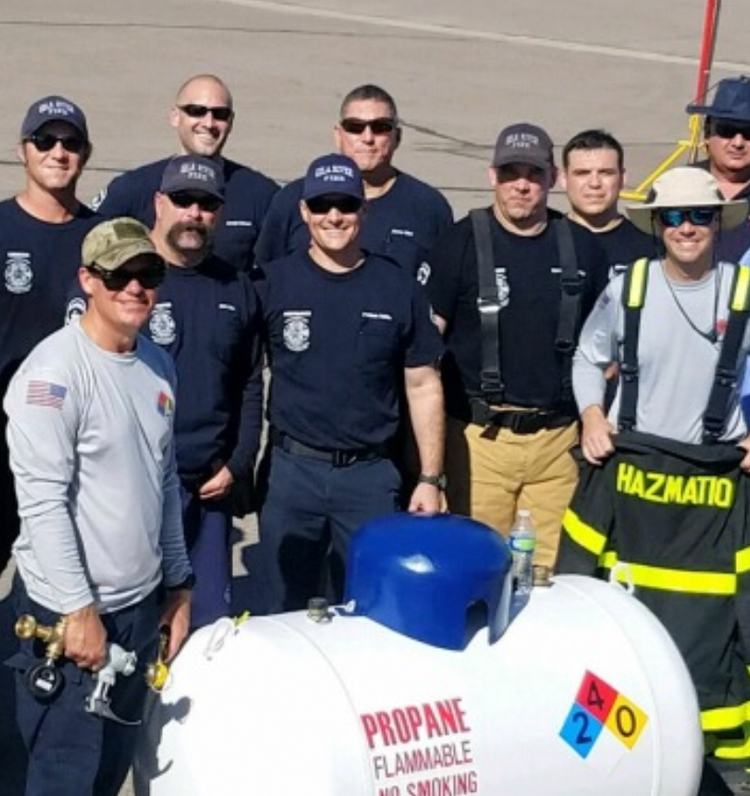 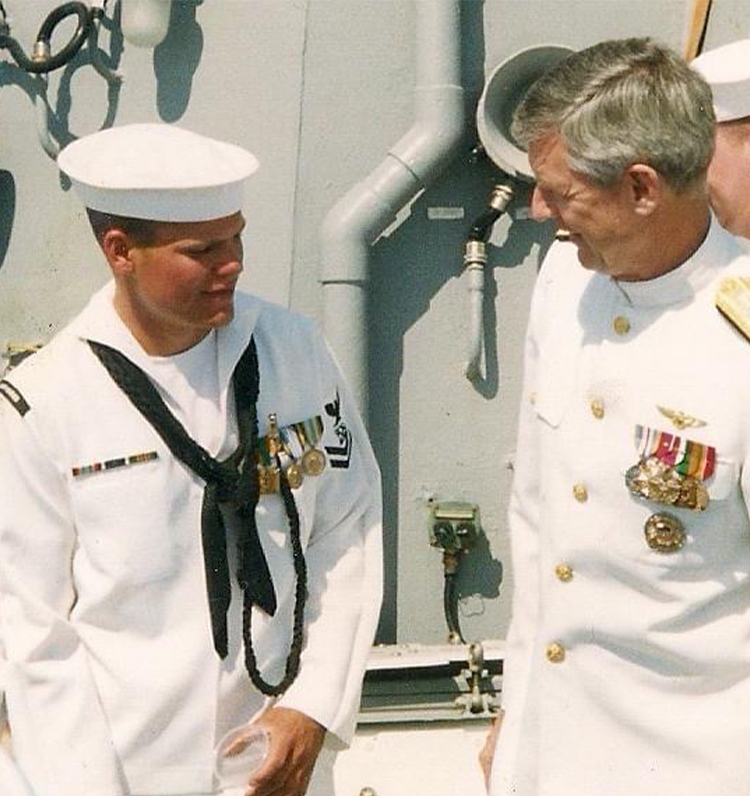 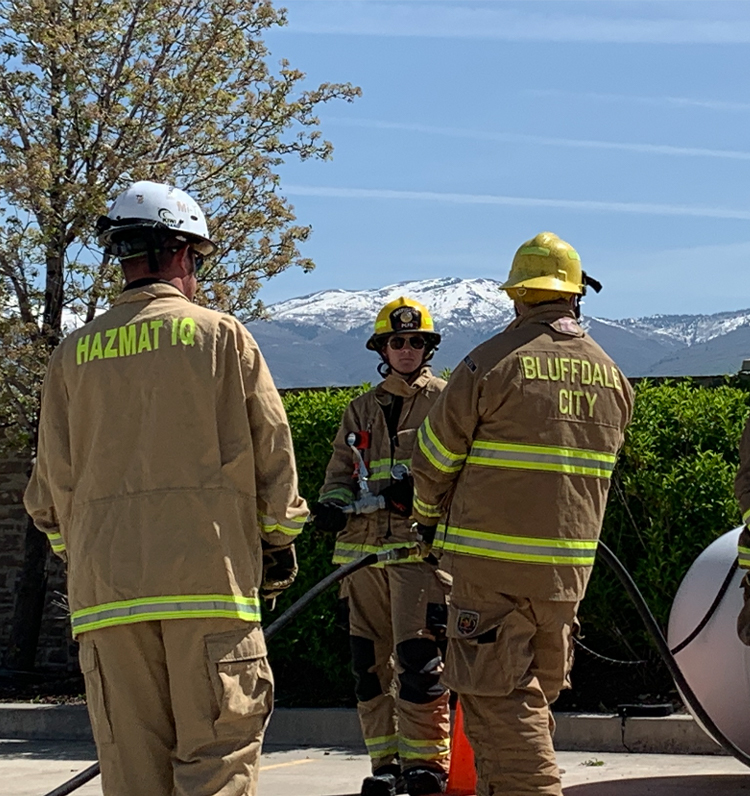 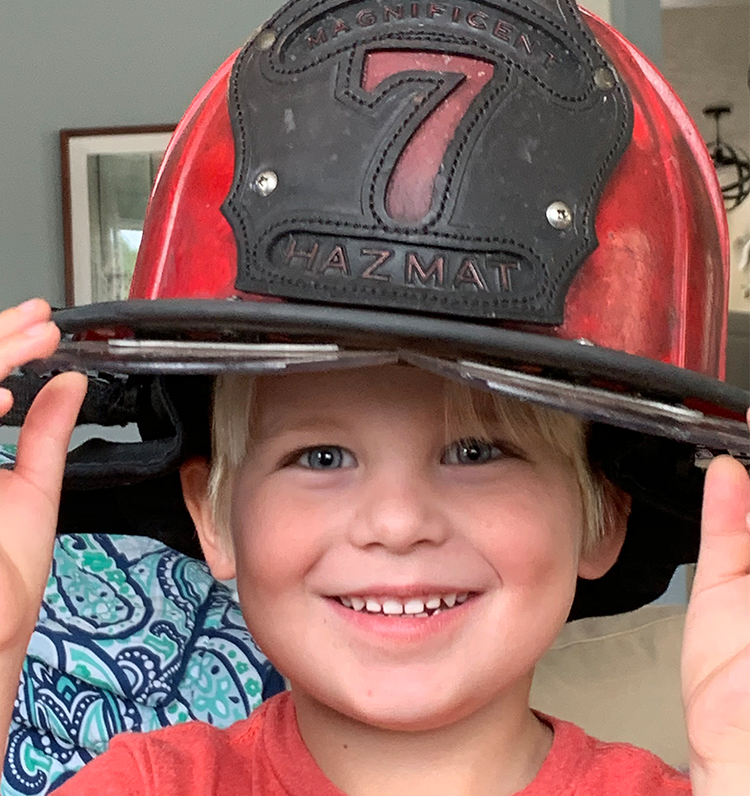 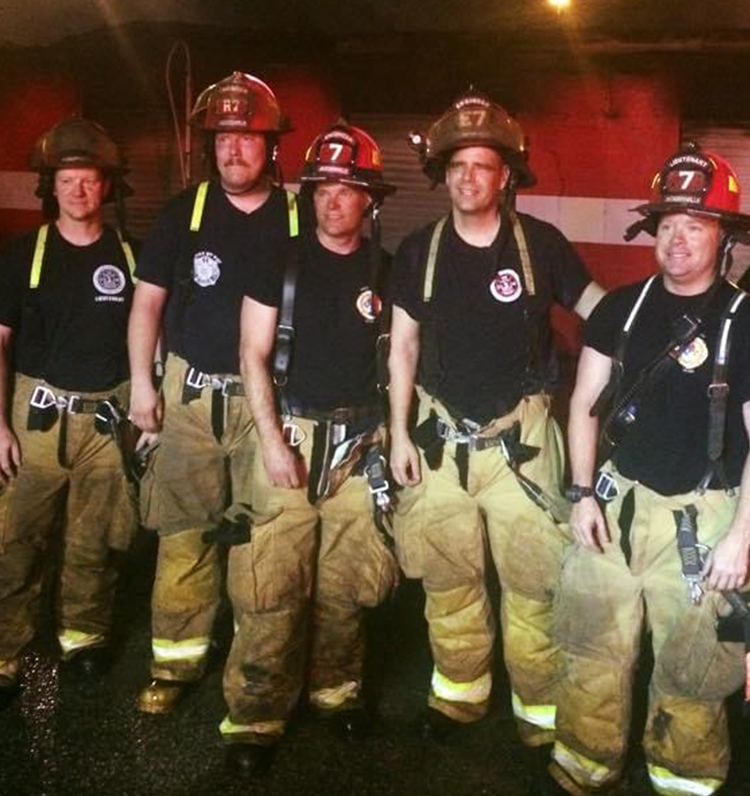 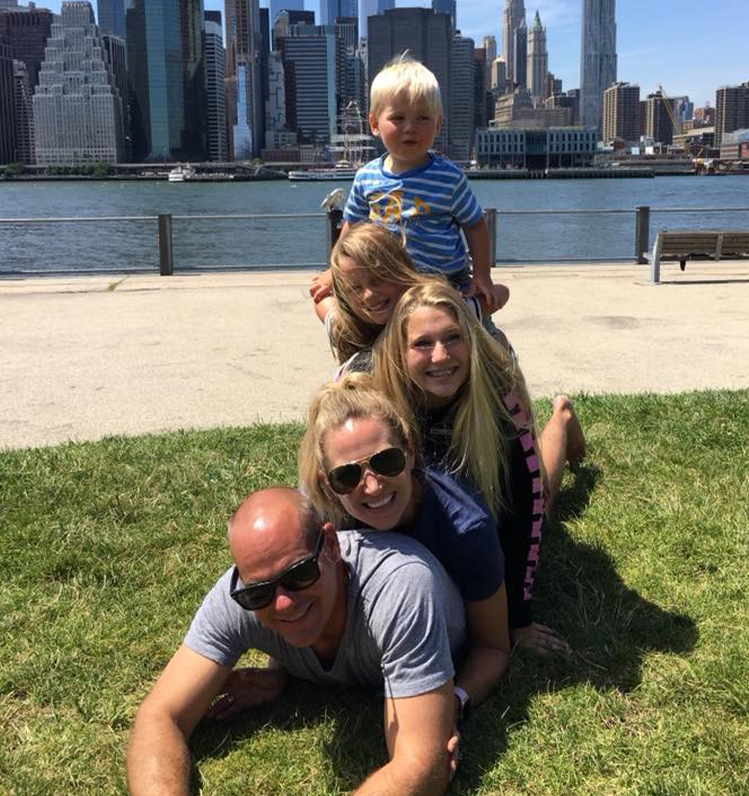 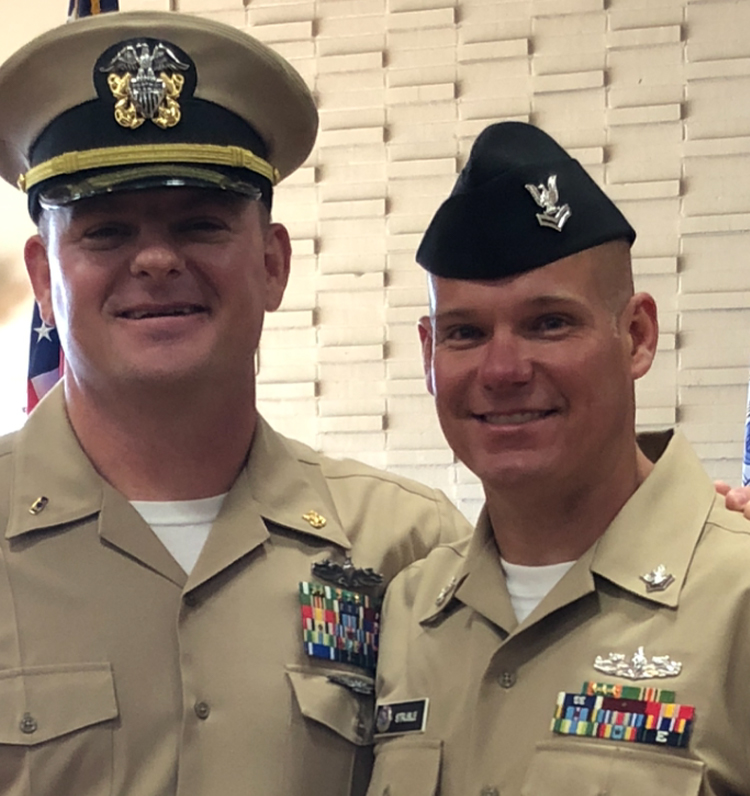 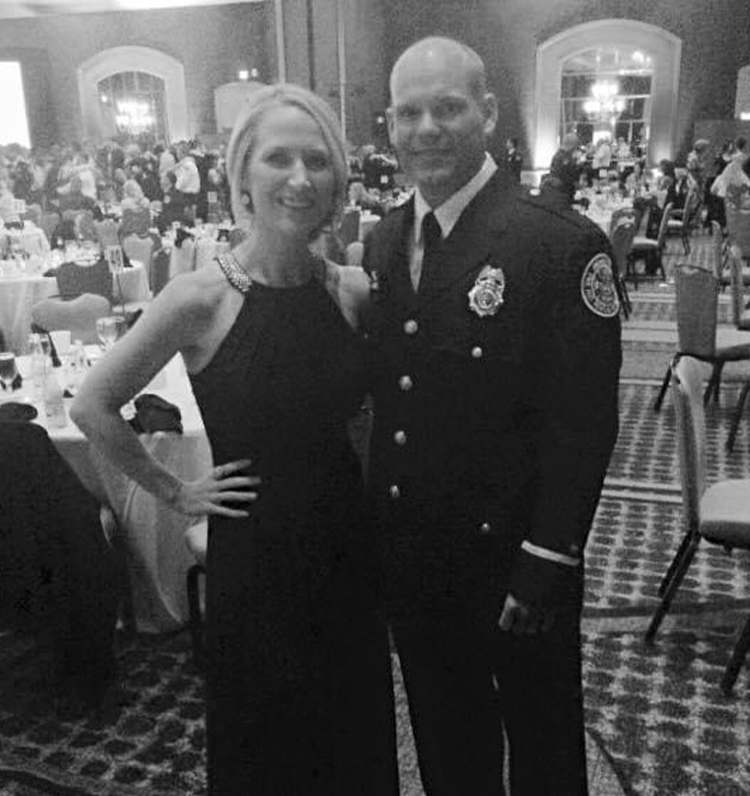 Eric and his wife at an event. 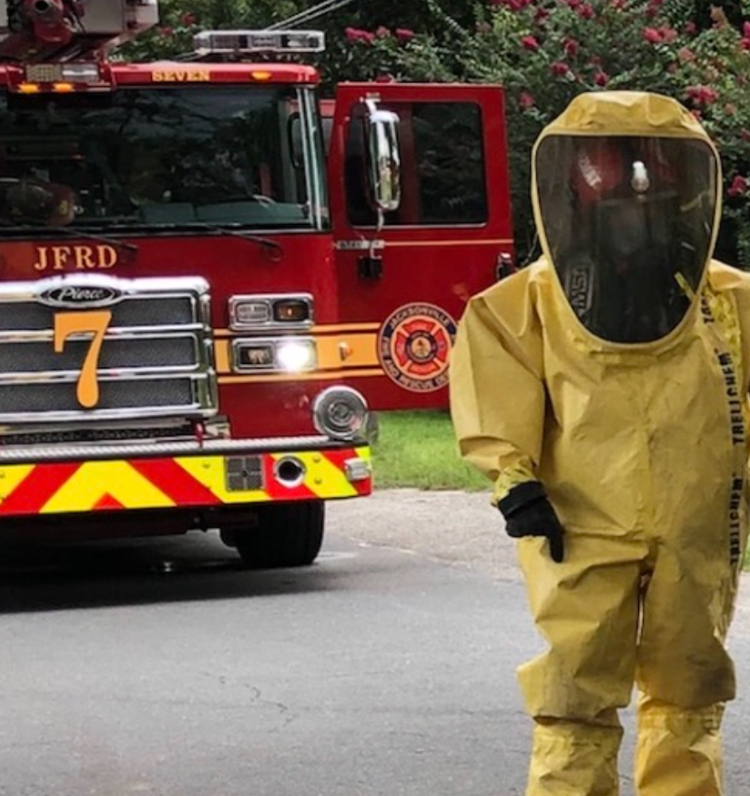 Eric during a level A hazmat. 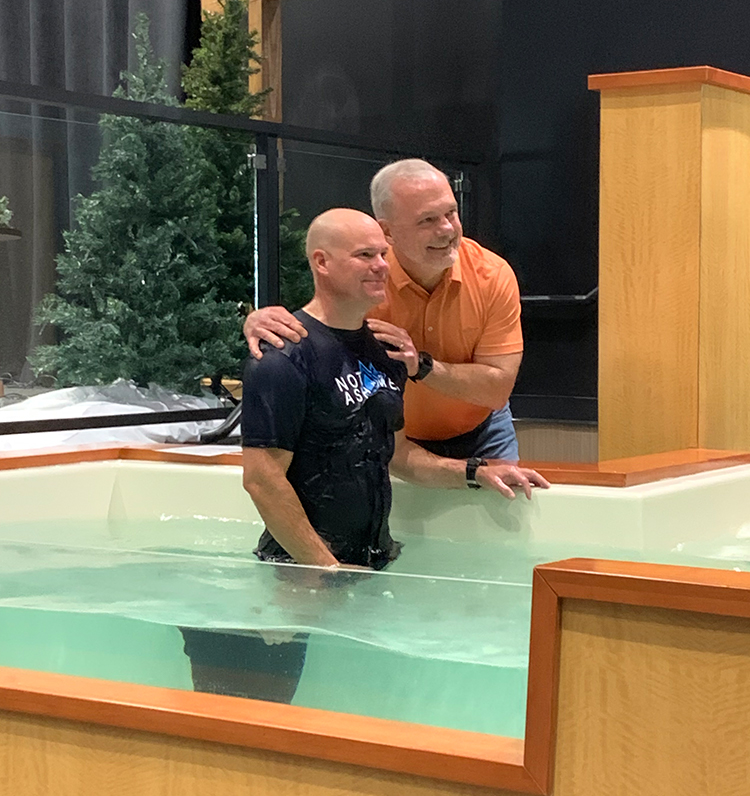 Eric poses for a photo during his baptism.

The demand for skilled individuals in the emergency services industry is growing. With a UF degree in Fire & Emergency Services via UF Online, you can earn the managerial skills you need to move up in your career. This program offers three areas of specialization: Fire, Emergency Medical Services (EMS) Management, or Emergency Management. With a specific focus in any of these areas, you can enhance your skills to better suit your desired career. Some potential career paths with a FES degree include fire department management, emergency management, private industry safety management, and federal government agencies focused on safety and emergency management. To learn more about the UF Online FES program, visit the degree page or attend an upcoming virtual information session.