When moving to the United States from Venezuela over ten years ago, Brown Simon arrived with the goal of one day attending the University of Florida. He later achieved this dream by pursuing his criminology degree via UF Online while serving at sea in the United States Navy. Now, 30-year-old Brown Simon is a Gator Grad who will attend law school while working for the US Capitol Police. “It feels fantastic,” Simon described his graduation from UF. “It was a dream.”

THE JOURNEY FROM HAITI TO THE GATOR NATION

Simon was born and raised in Haiti, where he developed a passion for global politics and culture. “We were created to make a difference in this universe,” Simon explained his global perspective. “I don’t want to be a citizen of Haiti; I want to be a citizen of the world.” He graduated from school early and moved to Venezuela at 17, where his parents owned a wholesale ice cream business. Simon became fluent in Creole, French, Spanish, English, and Portuguese. “I’ve always been passionate about language,” Simon said. He was later hired by the French Embassy to teach intermediate French to business people traveling to France.

“When the political situation in Venezuela started getting bad, I decided to come to the United States when I was 19,” Simon said. “It was very difficult to adapt in the United States. It was one of the biggest challenges I’ve had to face, but those challenges built me to overcome what was to come in the future.” Simon’s mentor and lawyer, who is a UF graduate, inspired and fueled his desire to attend the University of Florida and pursue law. “I wanted to have a UF diploma on my wall just like him.”

Simon offered advice to international gators embarking on their UF Online journey. “The biggest challenge is studying in a language that’s not your language. It requires a lot of patience and dedication, but you’re going to get it done by the end of the day. Don’t give up.”

STUDYING WHILE SERVING AT SEA

After completing his AA degree at Broward College in the summer of 2019, Simon immediately joined the United States Navy with the burning desire to serve his country. He left for boot camp the same month of his graduation, with A-school directly following. Once he completed his training and education, Simon received his orders and was stationed in California by the start of 2020. As he settled into his new home, he applied to UF that February and started classes in May.

While serving on an LHD Amphibious, UF Online became Simon’s gateway to the Gator Nation. “Being in the United States Navy, all my friends know UF and that it’s one of the top 5 public schools in the nation,” he said. “The funny thing is, the animal that’s the symbol for my ship is a Gator!” When he can, Simon seeks refuge from his duties and studies to meditate on the flight deck of his warship and enjoy life at sea. “I like the peaceful breeze from the Pacific and the Atlantic.”

“As a guy who is aspiring for politics, I always believed the best proof I can give to this country, showing my love, is by putting my life on the line,” Simon shared his pride in serving. “I believe that action is better than words.”

Managing his military duties and academic courses had its own unique challenges, despite the advantages of online learning. “You work 10 hours a day in the United States Navy active duty where you have a lot of stress, and you need to be out at sea,” Simon explained. “It’s a challenge but I was very excited to get it done.” To Simon, his simultaneous commitment to both the U.S. Navy and UF Online was worth it upon graduation day. “All of this happened because of dedication. I was hungry for it. I usually grow under challenges.”

PURSUING LAW AND POLITICS WITH HIS CRIMINOLOGY DEGREE

“As a young boy growing up, I’ve always been really against injustice,” Simon said. “I want to go to law school and then run for the United States Congress.” He decided to pursue a bachelor’s in criminology at UF Online to support his future legal and political career. He found the flexibility and accessibility of online education crucial to learning at sea, as well as the accommodating UF professors who understood his unique situation and personal needs. “Every single class by design is outstanding. It was great meeting people like Dr. Jenson,” who’s a professor in UF’s Department of Sociology and Criminology & Law. “She helped me a lot through the journey.”

“[UF Online] was an amazing experience,” Simon said. “If you ask me if I recommend this school for somebody else, 500%. I take a lot of pride in being a part of this legacy.”

After graduating with his criminology degree from UF Online, Simon will be transitioning from active duty to civilian life while remaining in the Navy Reserves as a Commissioning Officer. He will be moving to Washington D.C., where he plans to attend Georgetown Law while working for the US Capitol Police. Simon strongly believes that his UF degree “played a major role” in his post-graduate success.

Upon recently receiving his bachelor’s degree in criminology, the University of Florida congratulates Simon for achieving his academic dreams at UF Online. The Gator Nation is proud to celebrate such a dedicated servicemember and international gator. We thank Simon for his service and wish him success in his legal and political career. 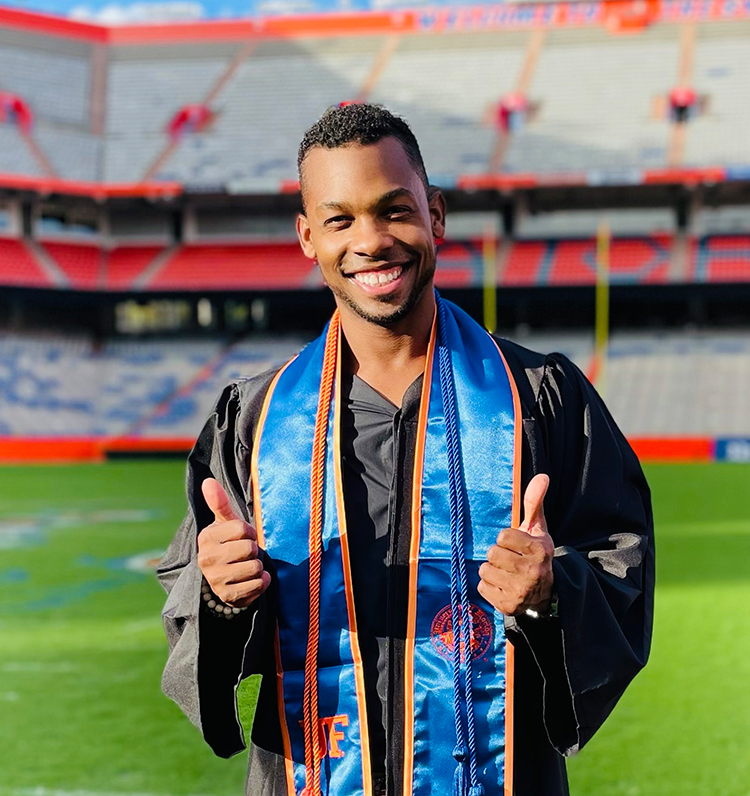 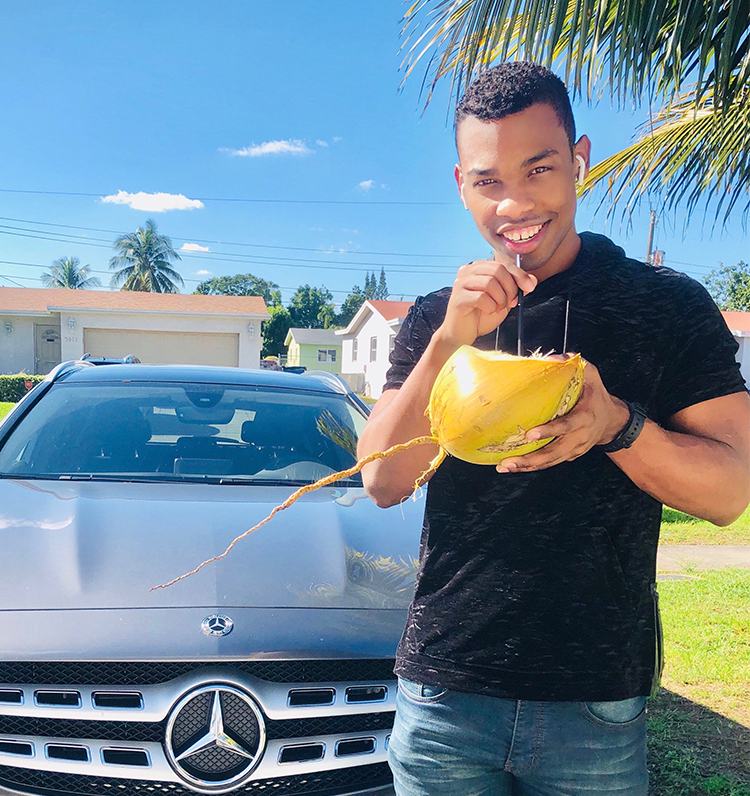 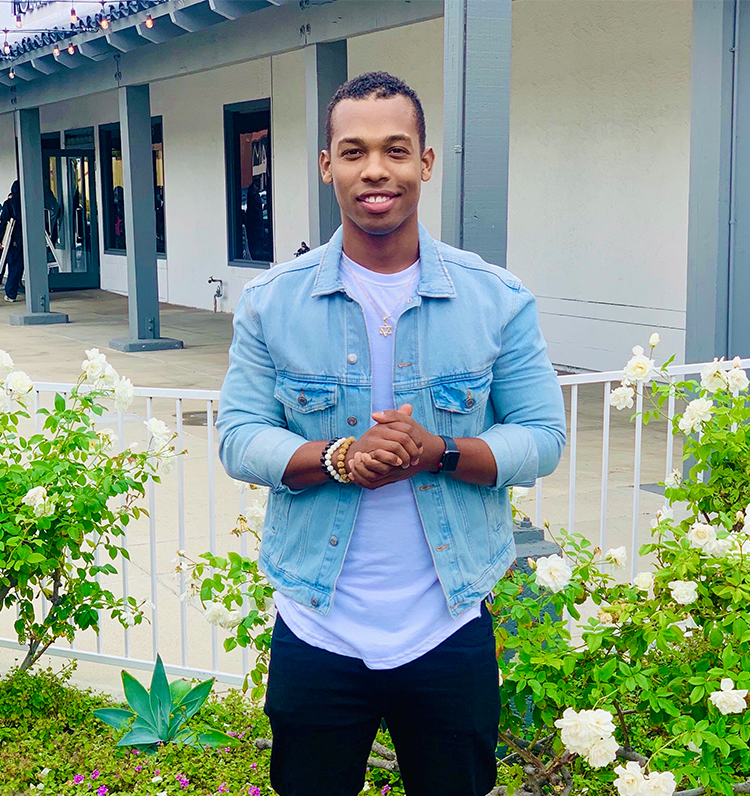 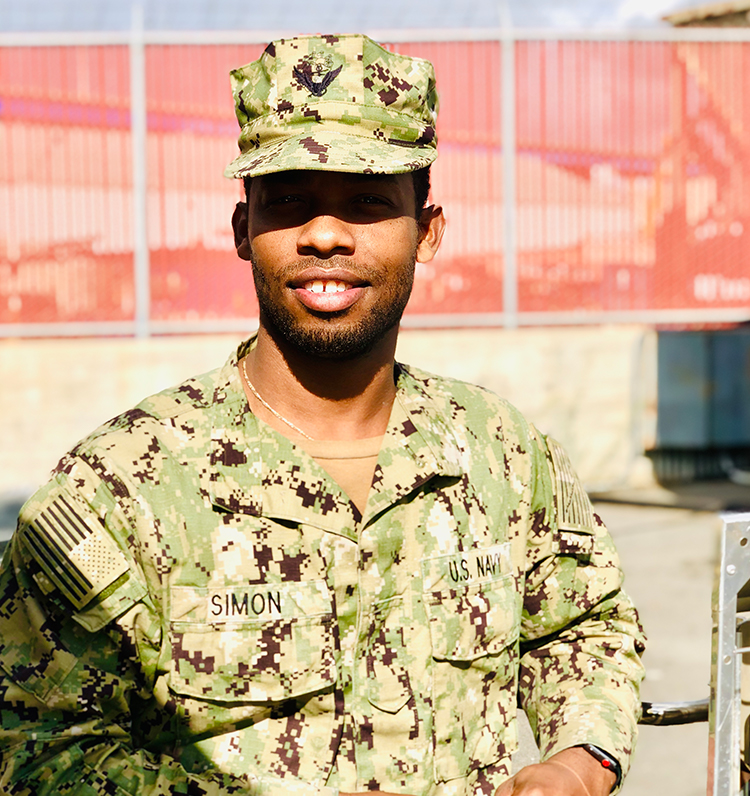 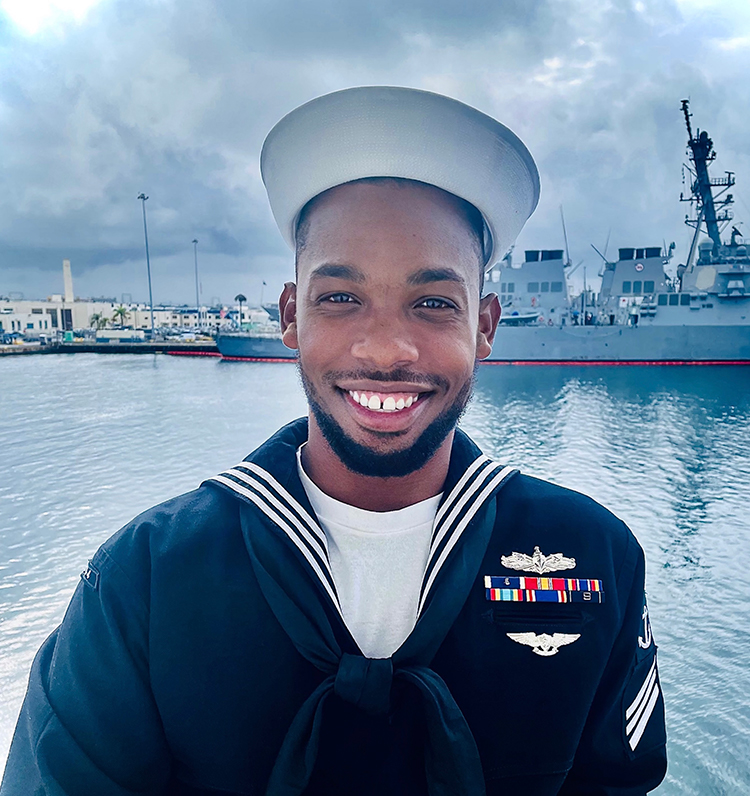 Simon poses on a Navy ship. 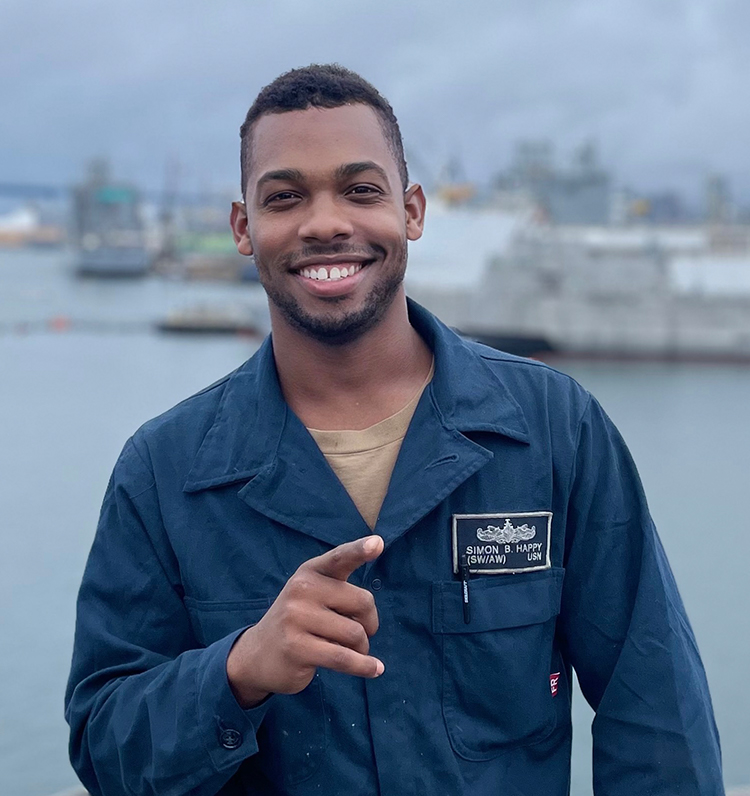 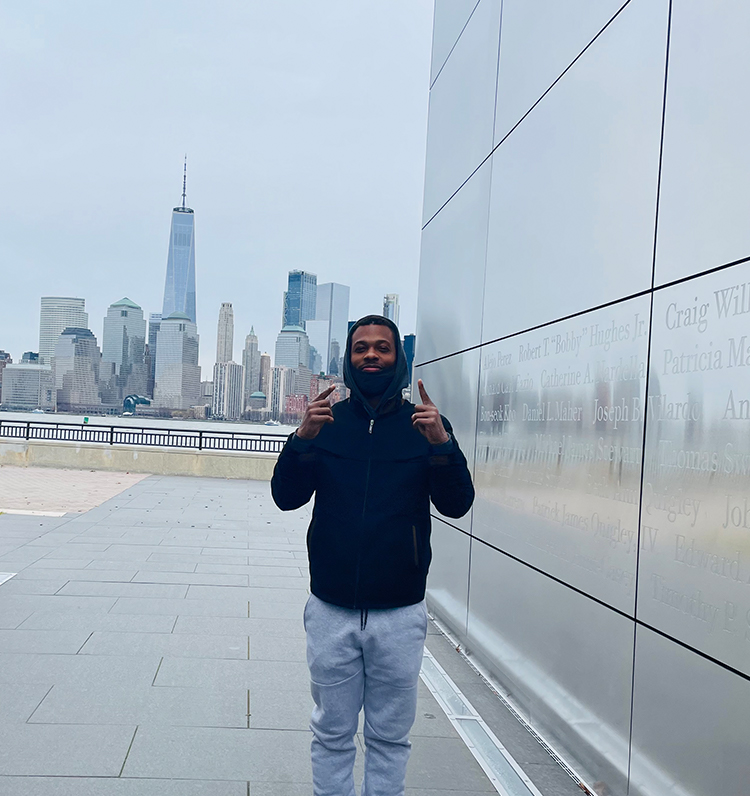 EARN A UF DEGREE IN CRIMINOLOGY

Are you interested in a career in the criminology field? Offered through the College of Liberal Arts and Sciences, the UF criminology major via UF Online teaches students the interrelationships between features of law and society. This major prepares graduates to continue their studies in law or graduate school. Visit the UF Online degrees page or attend an upcoming virtual information session to learn more.