When one door closes, another opens. This couldn’t be more true for Angela Lenkner, 44, who decided to complete her bachelor’s after being laid off from her job of almost eight years at a security company. While this new chapter in Angela’s life was focused on education, she also was looking for a job that would give the flexibility, support, and income needed to complete her bachelor’s.

After exploring the job market, Angela accepted a job at her local Walmart Superstore in Texas. When first accepting the position, Angela didn’t expect to have her education paid for in full by Walmart. That was until she learned about Walmart’s Live Better U education program. This employer-paid education program through Walmart allowed Angela to use her benefits to earn a University of Florida bachelor’s degree in Business Administration via UF Online.

Like many after graduating high school, Angela wasn’t sure what she was passionate about. She started taking some college classes but didn’t feel she had the right mindset for school at the time. Putting her education on hold, Angela jumped into the workforce, quickly building up her resume with management positions in the security field.

While Angela enjoyed many aspects of her job, as time went on, her job became more stressful, and she went from working forty-hour to eighty-hour weeks. The company Angela was working for at the time decided to restructure and laid her and other employees off. This change in Angela’s life let her reevaluate her next step — finish the education she started twenty years prior.

With the support of her husband, Angela decided to head to her local community college in Texas to start taking classes again. During this time, Angela accepted a job at Walmart since she was looking for a more hands-on job compared to a desk job. At Walmart, Angela works as an overnight stocking associate, ensuring all the products delivered that day are stocked on the shelves before the store opens.

When Angela first started working at Walmart, they introduced a new employer-paid education program for both part-time and full-time employees, offering a few degree programs from different institutions. Many of the majors were more focused on the IT field, which for Angela, wasn’t the right fit. She saw that there was a business administration major offered through the University of Florida and was immediately interested.

“I decided to do Business Administration because I figured it was a very well-rounded degree so that you can kind of go anywhere with that. Since I have eight years of management experience, I figured this degree would be ideal.” Now as a Gator graduate, Angela went on to say, “I actually have a better understanding now of what I was doing in my management positions after finishing the degree. I feel a lot more knowledgeable now.”

BECOMING A GATOR FROM TEXAS

Although Angela lives on the island of Galveston, Texas, she’s familiar with the University of Florida and the pride of being a Gator. Before moving to Texas, Angela lived in South Florida for fifteen years and has worked with Gator alumni in her past positions. Angela knew of UF’s prestige, as it is a top 5 public university and UF Online is the #3 best online bachelor’s program in the nation.

“Out of all the colleges that were being offered [through Walmart], I knew UF had a really good reputation, and once I got my degree from there, people would see that,” Angela said. “It’s not easy to get into UF, but it was my main choice. I was really happy to get into the program.”

Given UF’s highly selective admissions process, Angela was proud of herself for getting admitted and knew all the hard work she put into her education before applying to UF Online paid off. Through UF Online, Angela put her best foot forward, taking a full-time course load to finish her bachelor’s. Some of her favorite UF courses included entrepreneurship, international business, and sales due to the enthusiasm and engagement of the professors as well as the knowledge she has gained.

Earning her degree from the top-ranked UF Warrington College of Business wasn’t easy, but Angela felt support from her personal life, colleagues, and the Gator Nation each and every step of the way. Angela emphasized, “there was a lot of interaction with students in the classes. It really made me feel a part of the class though I’m doing everything online.”

A key supporter of Angela during her time at UF Online was her personal UF academic advisor, Kari Shattuck. For Angela, Kari was an instrumental part of her success at UF. Kari guided Angela through decisions like picking courses, provided invaluable advice for staying on track to graduation, and was always there to answer questions to ensure Angela could achieve her goals.

Kari enjoyed advising Angela noting what a dedicated student she was that excelled academically while overcoming obstacles. Kari went on to say, “in 2020, Angela’s work hours were substantially increased due to the pandemic, and in August she had to evacuate her home due to the Category 4 hurricane. Through it all, Angela held the course and was able to successfully complete our top-ranked business degree. I’m so proud of Angela and all that she has accomplished.”

ANGELA’S NEXT CHAPTER AS A GATOR GRAD

Now that Angela is a Gator graduate, she continues to be a huge proponent of online higher education for her co-workers who also want to earn their degrees. As one of the first at her Walmart location to go through Walmart’s Live Better U program, Angela always offers advice and answers any question her co-workers have. “I have several co-workers who started the program after me. They realize that it doesn’t matter what age you are, you can go to school and earn a degree,” Angela stated.

While Angela took a full-time course load while working forty hours a week at Walmart, she understands that her schedule may not be ideal for everyone. Her advice to others looking to start or finish their college education right now is to simply proceed at their own pace.

“Take one and see how it goes. Especially with doing classes online, it’s your time. You know your deadlines, so you know when you need to meet them. Believe in yourself and self-pace yourself. It might seem like a lot, but in the end, it’s worth it.”

As a graduate from the #5 public university in the nation, Angela intends to use the skills she learned during her UF degree program to gain a position in the Human Resources and Training field. She enjoys working with people and is excited to start applying her passion and her new credentials toward the next chapter of her career.

All of us here at the University of Florida congratulate Angela on her graduation and academic accomplishments while also recognizing her as a trailblazer, the first Gator grad via the employer-paid partnership with Walmart. Learn more about UF Online’s Gator Pathways, including our employer partnership programs, here. 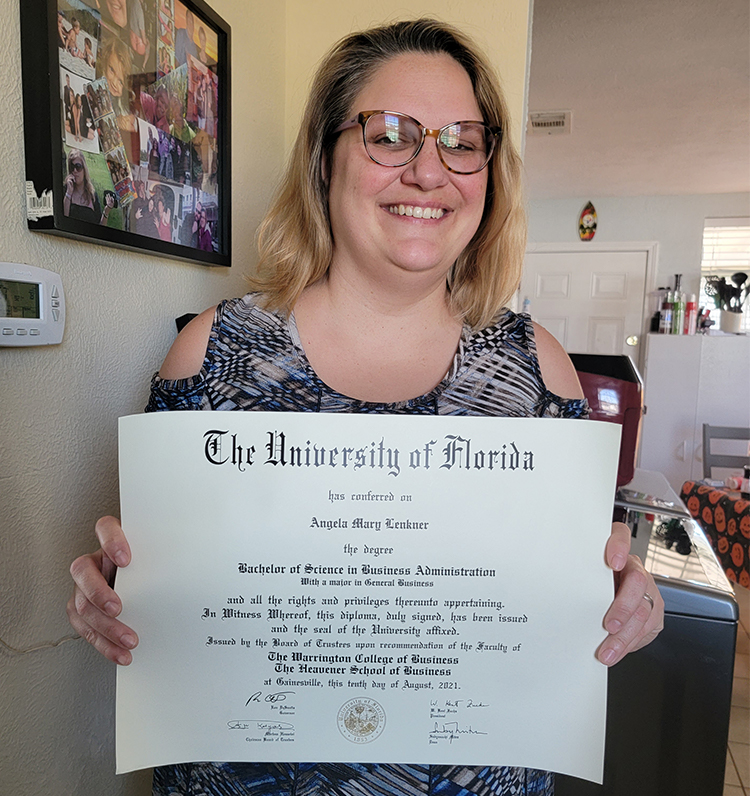 Angela with her UF degree. 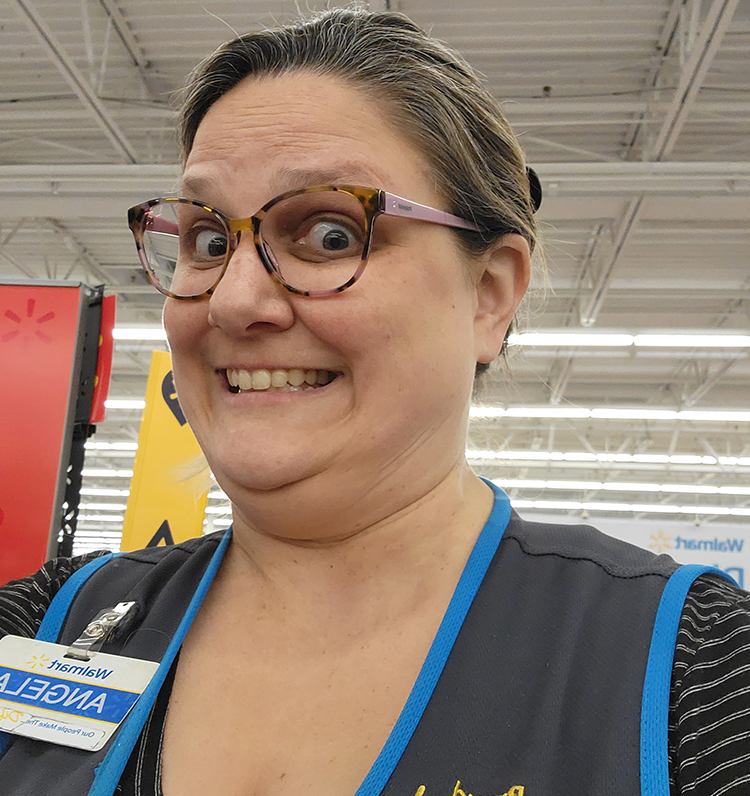 Angela being silly at Walmart. 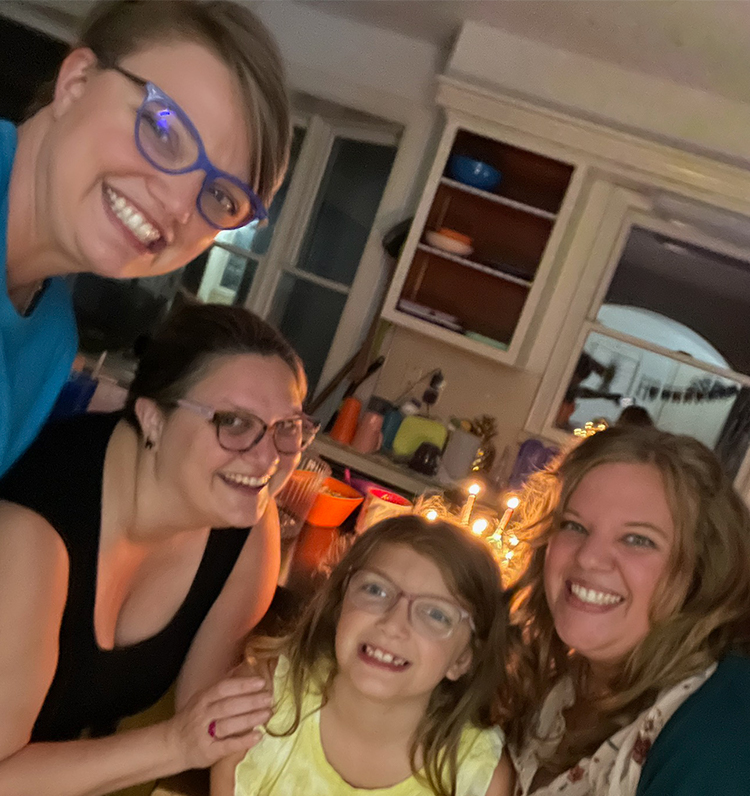 Angela poses with her sisters (Sara and Kimberly) and niece (Leona) for a birthday celebration. 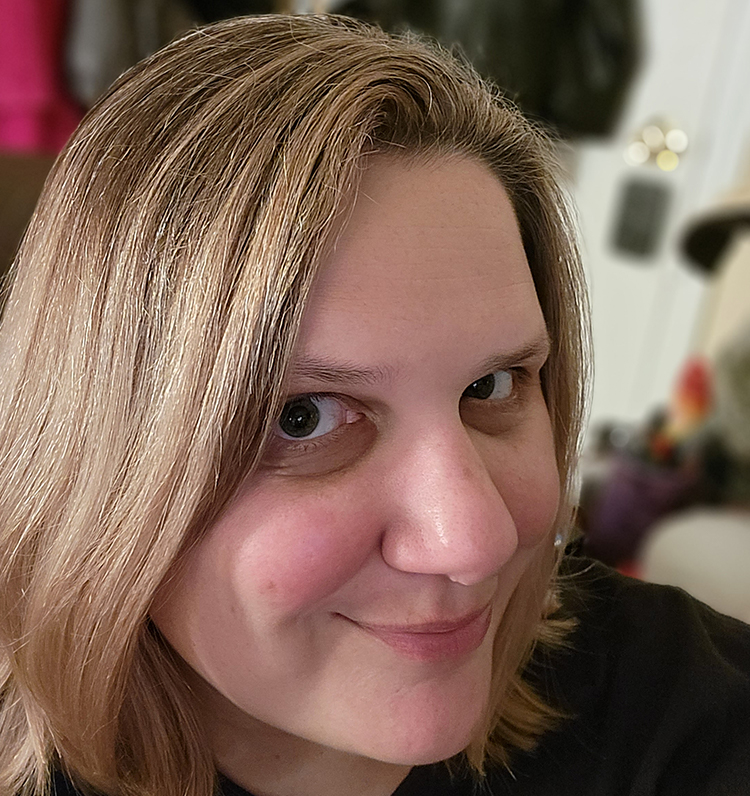 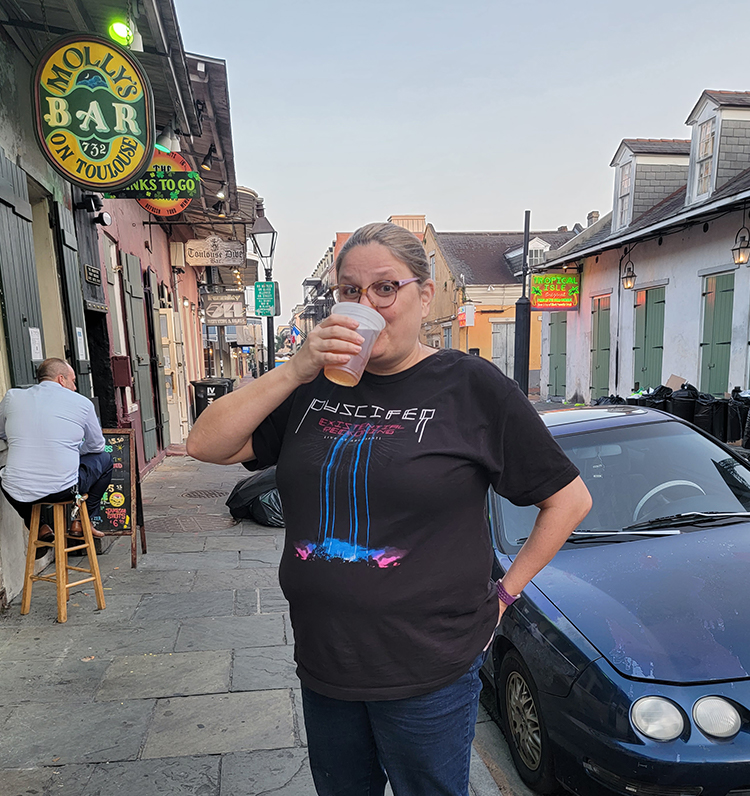 Angela celebrates her graduation at Molly’s pub while on vacation in New Orleans, LA. 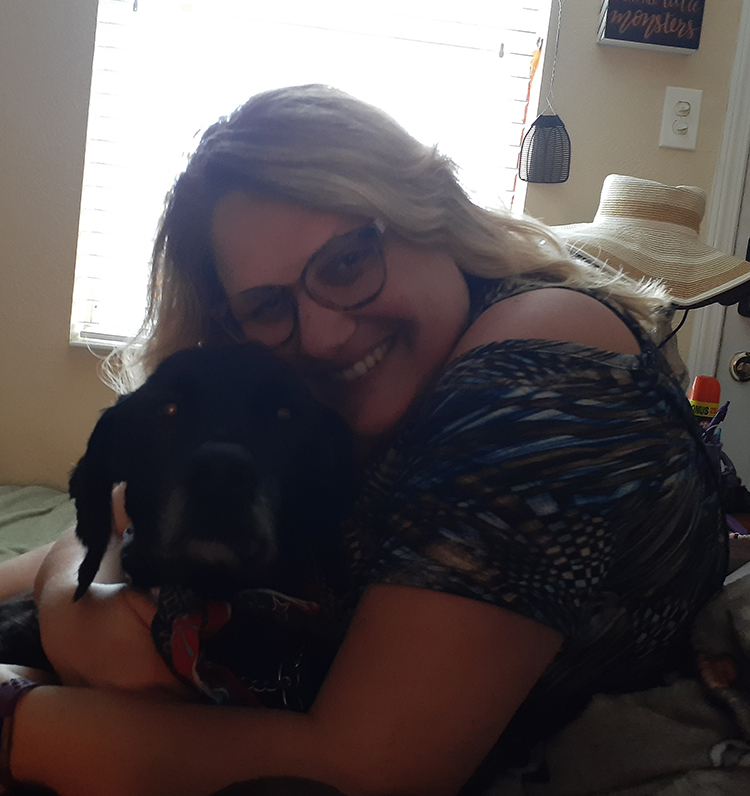 Angela and her dog, Jack-Jack.

As the #1 Best Online Bachelor’s in Business, according to U.S. News & World Report 2021, the University of Florida’s business in administration degree prepares students for the growing business world. With the option to earn either a Bachelor of Science (BSBA) or Bachelor of Arts (BABA) in Business Administration, UF students can earn a nationally-ranked degree at an affordable cost. Courses taught by faculty from the Warrington College of Business prepare students for career paths in finance, marketing, human resources, and more. UF Online students can also minor in business administration while pursuing other majors. For more information about the business administration major, visit the UF Online degree page or register for one of our upcoming virtual information sessions.