GAINESVILLE, Fla. – Upon receiving his offer to the PaCE program, Zachary Silver was hesitant about exploring uncharted territory as one of the first students to ever be admitted into the program. But looking back, he realizes that becoming a PaCE student was one of the best decisions he’s ever made. It gave him the flexibility of staying in his hometown of Orlando during the first year to spend time with his grandfather, who passed away in February 2018. 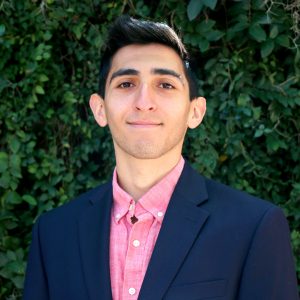 Growing up, Silver and his grandfather were always close. His grandfather would come out to support him at all his soccer games, and the pair would frequently go golfing. During Silver’s first year in PaCE when all of his classes were online, he drove his grandfather to and from doctor’s appointments and occasionally watched soccer games with him.

“I’m glad I got to stay home for an extra year, so I could be there and help him out and look after him,” the 20-year-old sociology major said. “He’s the hardest working person you’ll ever meet, and he had so much love that he gave our big family.”

Inspired by his grandfather’s stories, Silver hopes to follow in his footsteps.

“Hearing what he came from and what he was able to accomplish in his long life, that’s something that provided a good example that I want to emulate in the things I do,” Silver said. “Having the work ethic I learned from him helped me be able to control the amount of effort and time I put into my PaCE experience to get the most of it.”

Silver plans on moving back home after graduation to assess future job opportunities that will utilize his minor in the business field. Graduating in three years as one of 10 first-time PaCE students, Silver said he is excited to get out into the job market a year early.

Looking back on his time in PaCE, Silver is grateful for what the program taught him about self-motivation and hard work and the opportunity it gave him to stay at home his first year to be with his grandfather.